Waltham Forest's town hall was dubbed by some locals as Buckingham Palace. Others called it the Nazi Headquarters. Either way, this stripped classical nineteen thirties institution struck them as aloof, remote, stuck behind railings and inaccessible to ordinary people.

Leading a large team of consultants, Ash Sakula developed a master-planning framework for the future of the campus.

The borough’s brief was to effect the massive organisational change of bringing all council functions onto one site, identifying relevant new uses for the campus and incorporating a new residential development. At the same time, they wanted to make the campus more open, welcoming and permeable to the people of the borough. 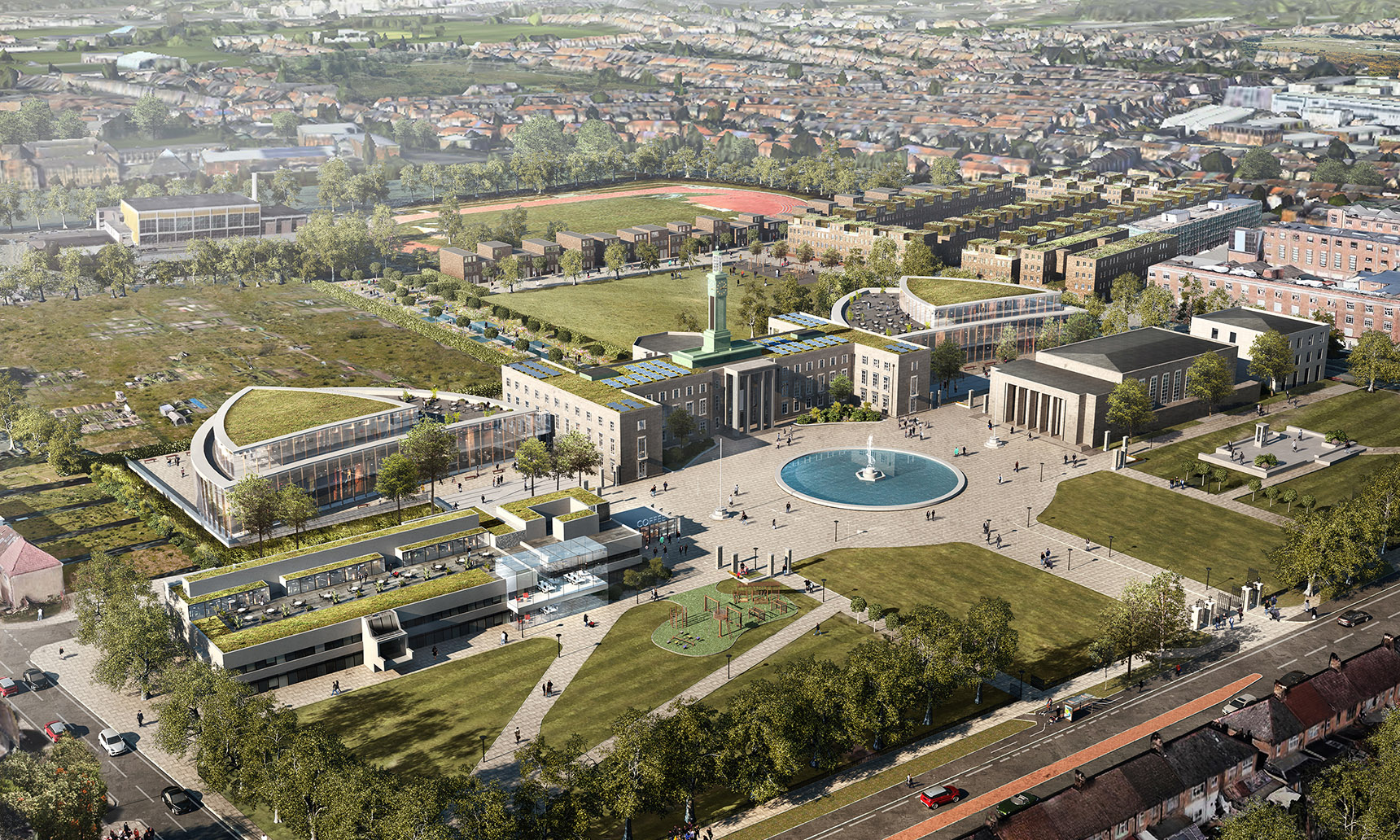 In an approach that might be described as place-making rather than master-planning, we identified creative opportunities for using land that is currently empty or under-utilised, such as car parks, vast empty lawns and a large, little-used playing field.

Tasked with finding imaginative new ways in which to activate the campus, we identified creative opportunities to attract new constituencies of users. For example, we proposed retaining the magistrates' court, a fine brutalist building of the 1960s, with a low-cost conversion to transform the courtrooms into characterful, agile co-working space for the incubation of micro-businesses and start-ups.

New housing is proposed to finance the campus re-development and the housing we incorporated included custom- and self-build housing that was modelled on the Warner half-house, a typology of stacked duplexes that is distinctive to the local area of Walthamstow, and that we had previously prototyped at The Malings in Newcastle-upon-Tyne.

Promenade performance outside the Assembly Hall, enlivening the grand and currently austere forecourt. 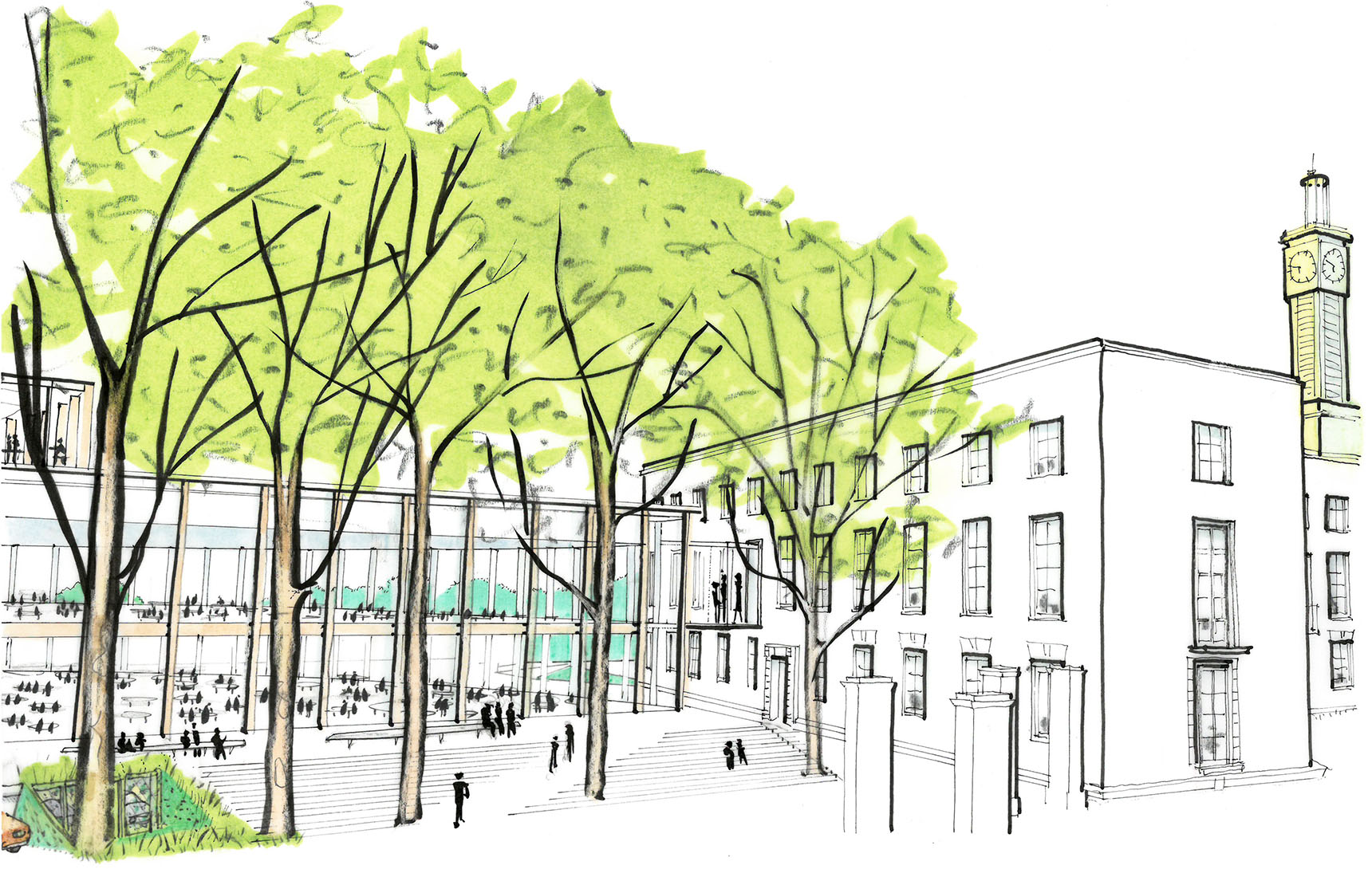 To either side of the Town Hall we proposed a wing of council office accommodation, lightly kissing the existing building at first floor level. 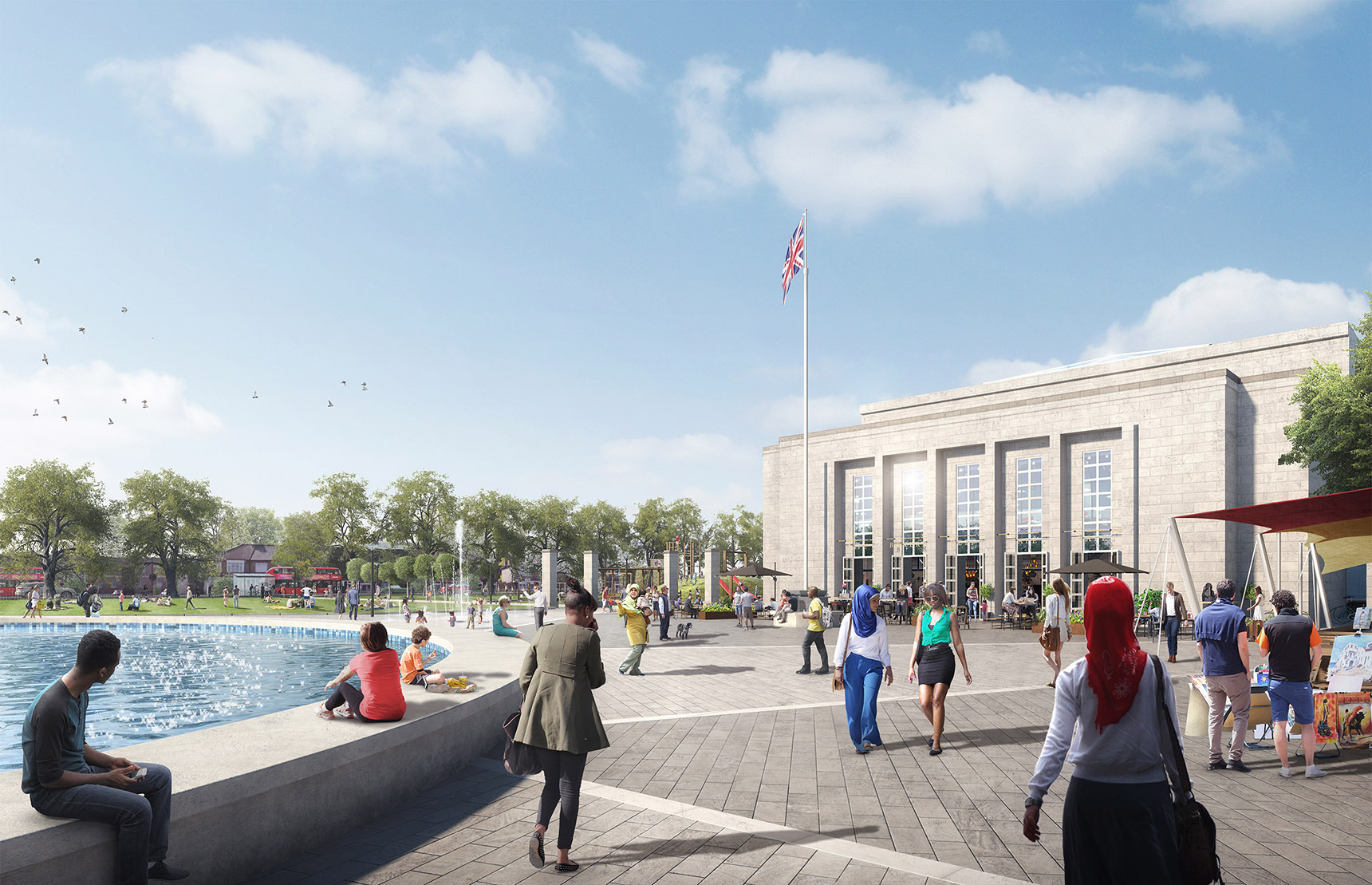 A study for a balancing building to the existing Assembly Hall containing council offices and a café, as a future replacement to the brutalist Magistrates Court. 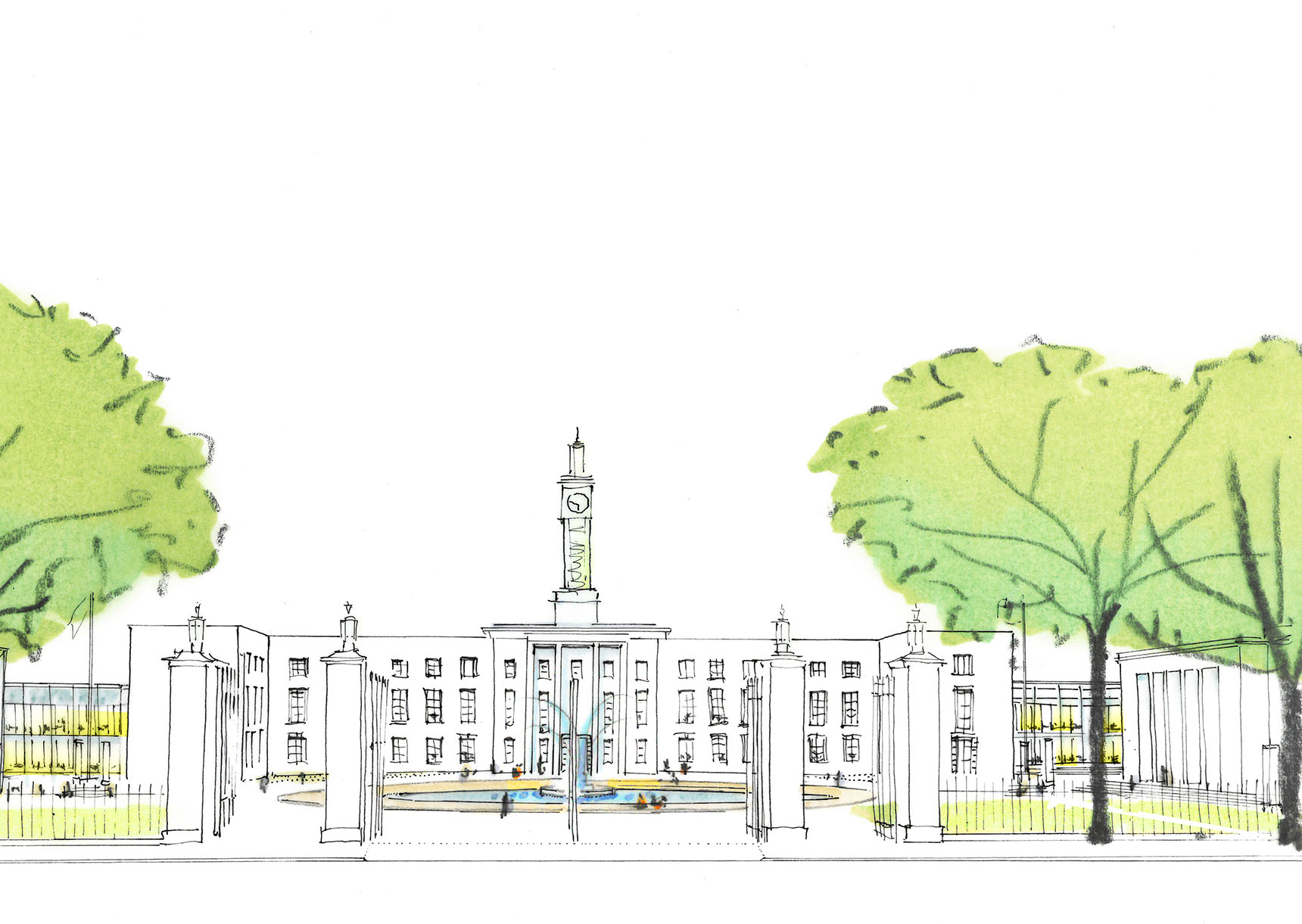 The two wings flanking the listed Town Hall are hardly visible in the iconic axial view. 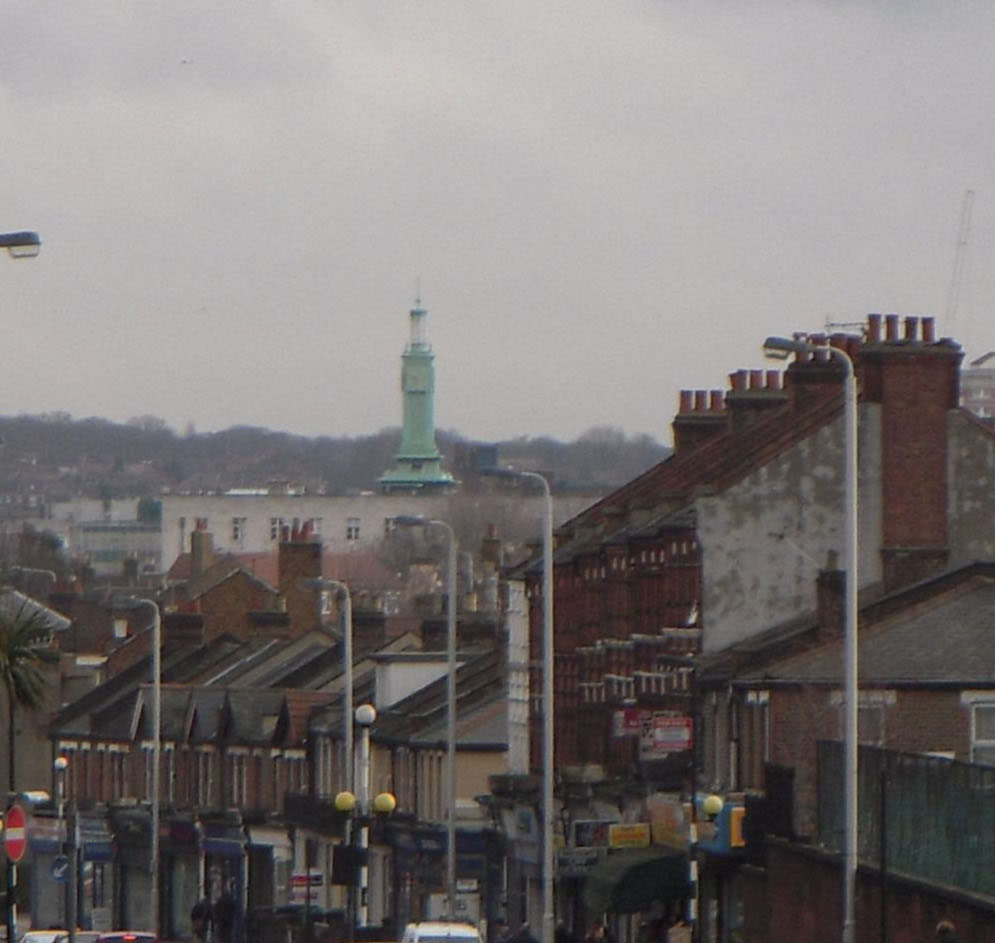 The Town Hall's rocket-like spire is a landmark from all over the borough. To preserve these views we deemed that no new building should rise above the parapet level of the Town Hall building. 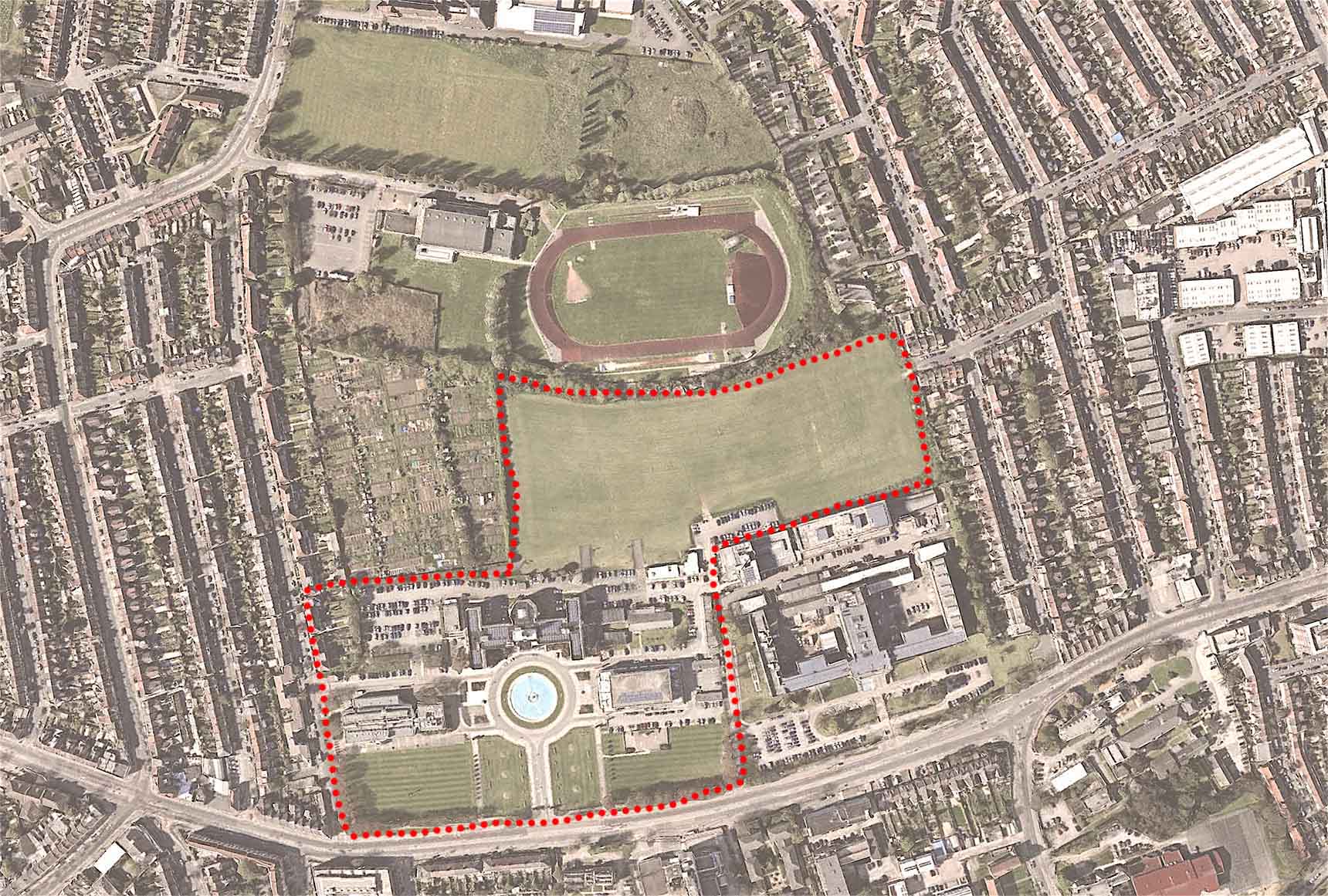 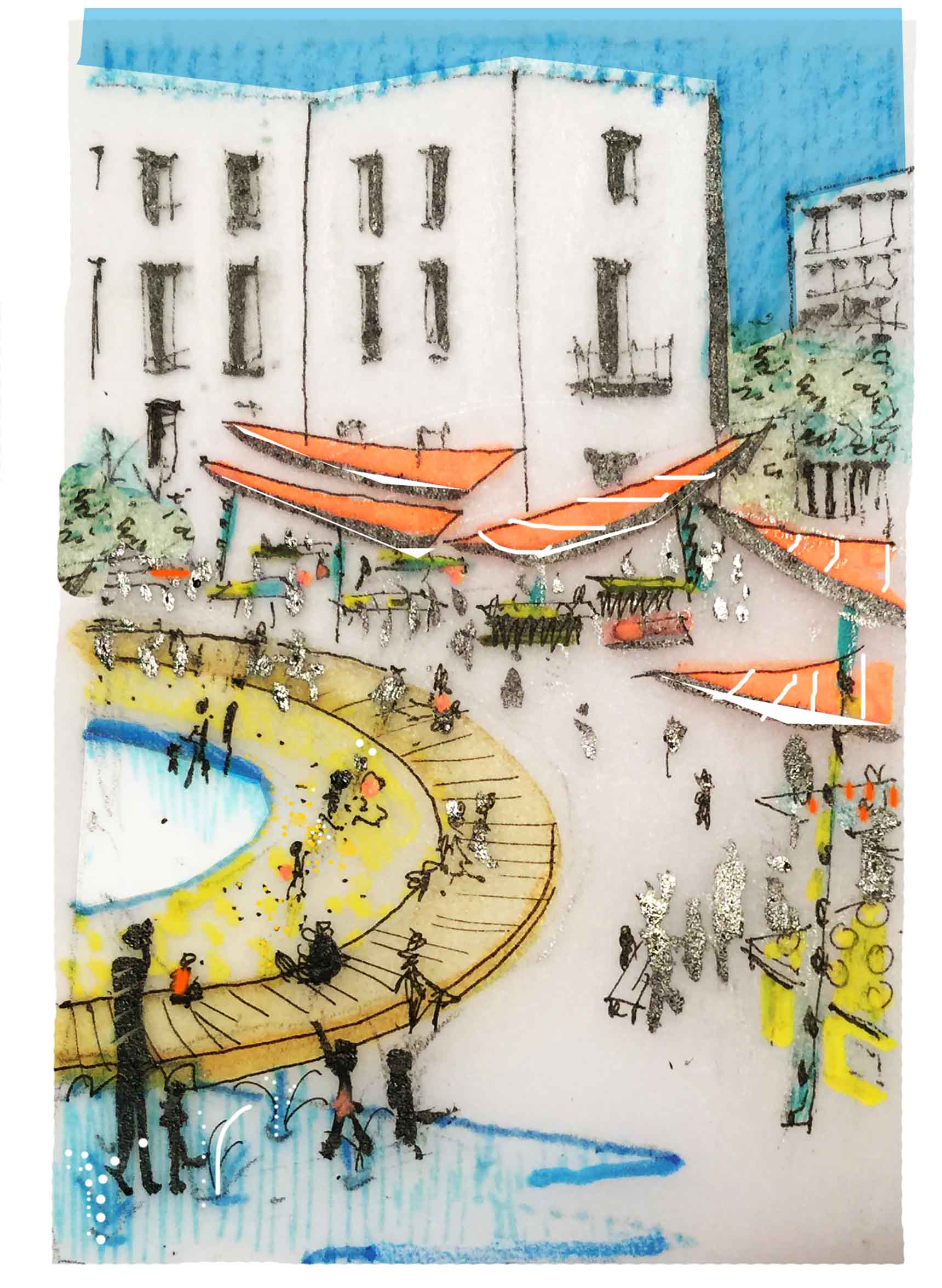 We imagined enlivening the current roundabout forecourt by banishing cars, bringing in market commerce and turning the reflecting pool into an urban beach. 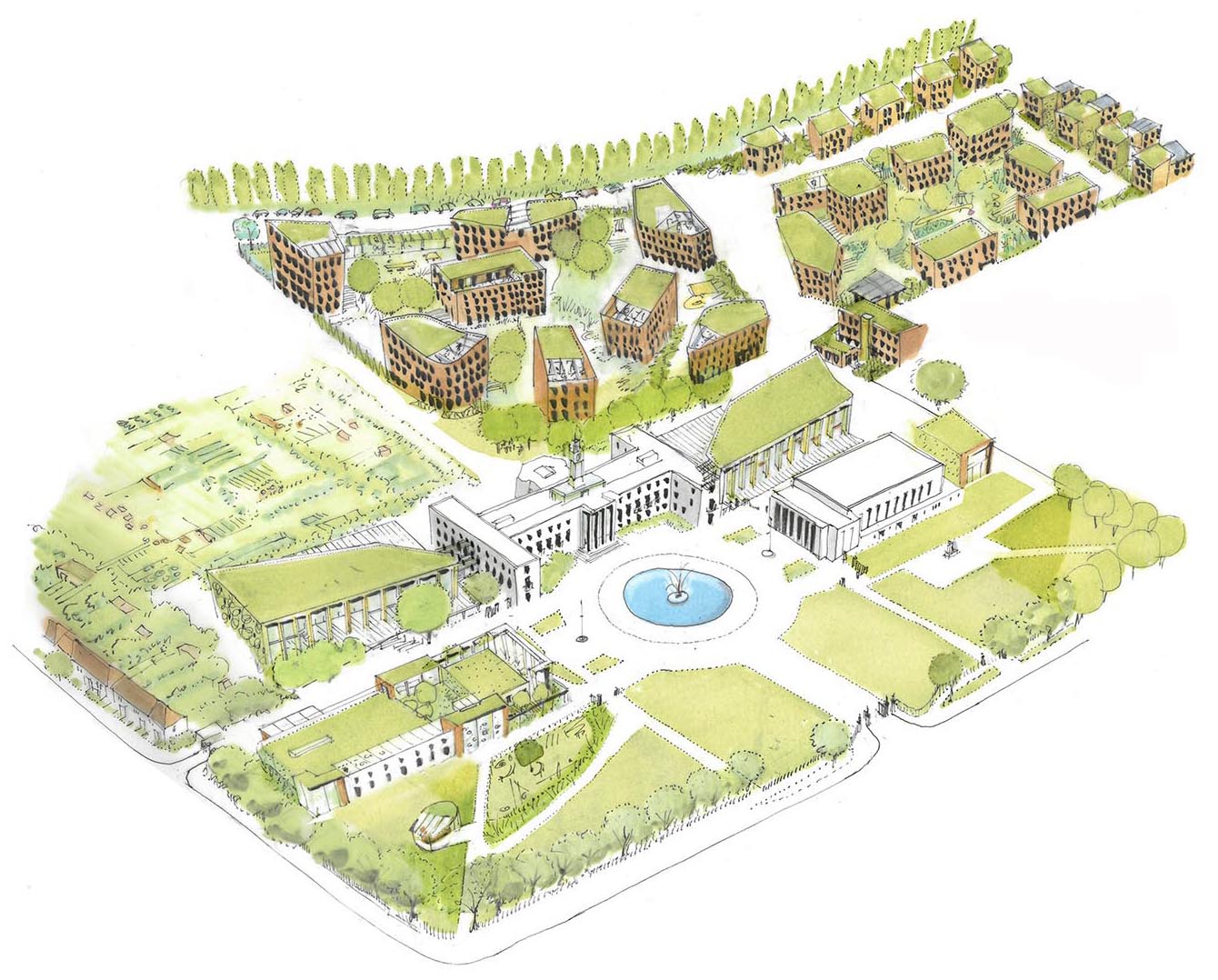 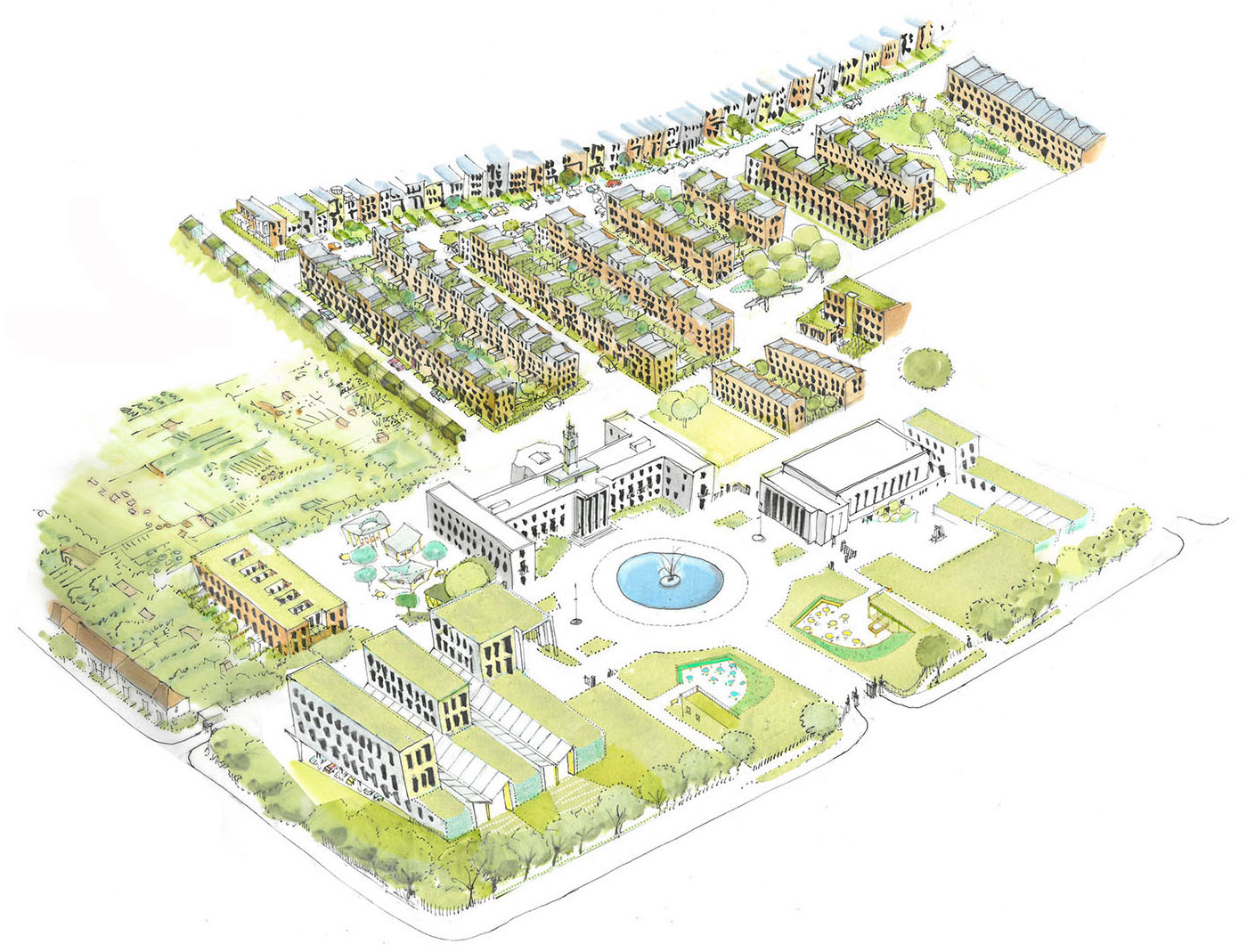 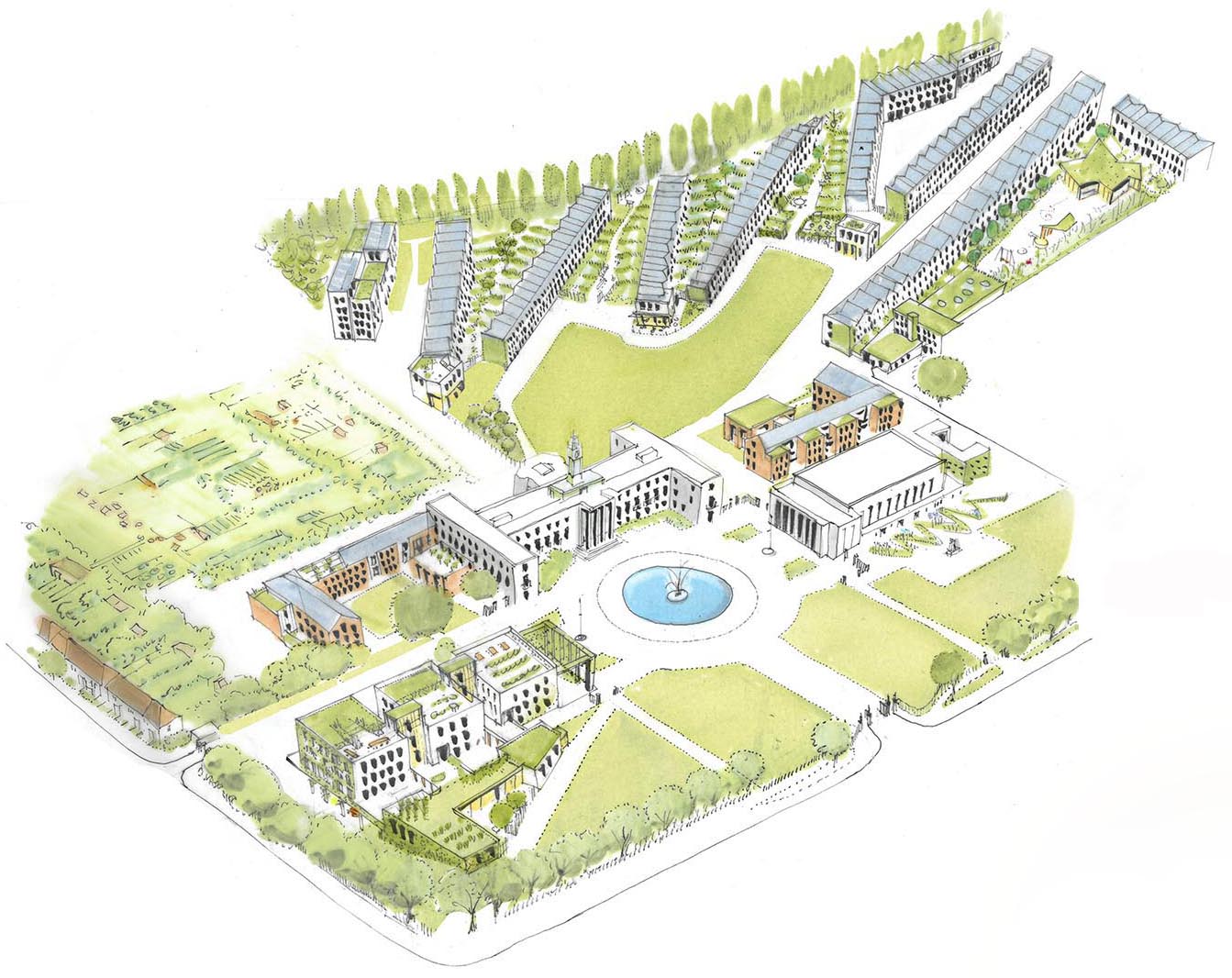 One of the bas reliefs on the listed town hall building