Standing next to the site of a famous Victorian theatre in Colchester where Dickens regularly gave readings, the Old Police Station is a handsome neo-renaissance building, grade II listed, wrapping around a sunny courtyard, located just inside the Roman wall which still surrounds England's oldest town.

Originally built in the late eighteenth century as an old soldiers' home, it had a lofty assembly and dining annexe and a large garden. Later it was converted into a police station. The annexe was divided into three floors, it lost its garden to development, and a new wing was added containing cells. Later still it became a public house before being rescued and turned into a studio complex for artists and makers.

The project is the first completed component of Ash Sakula’s competition-winning masterplan for the St Botolph’s Cultural Quarter. 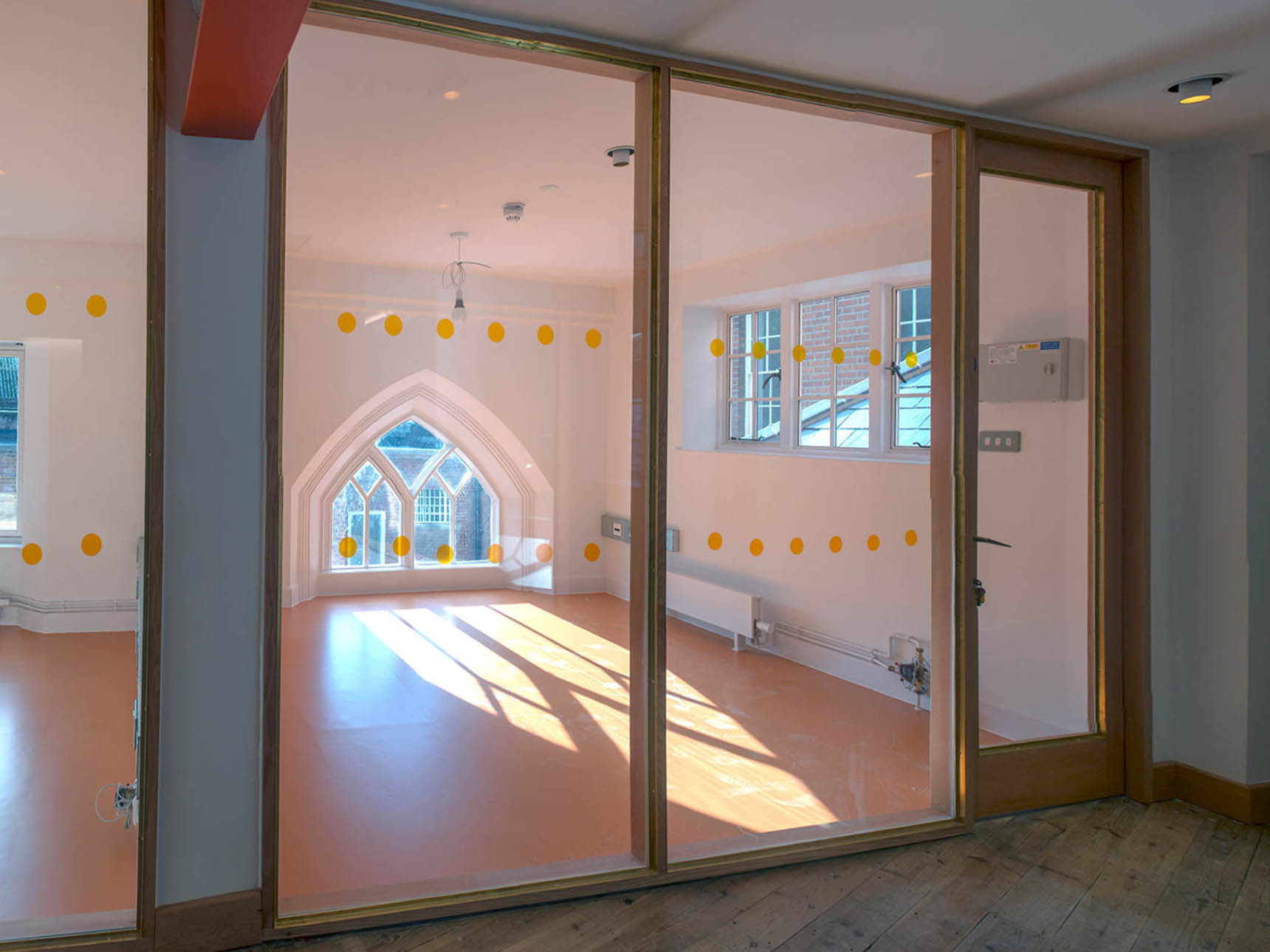 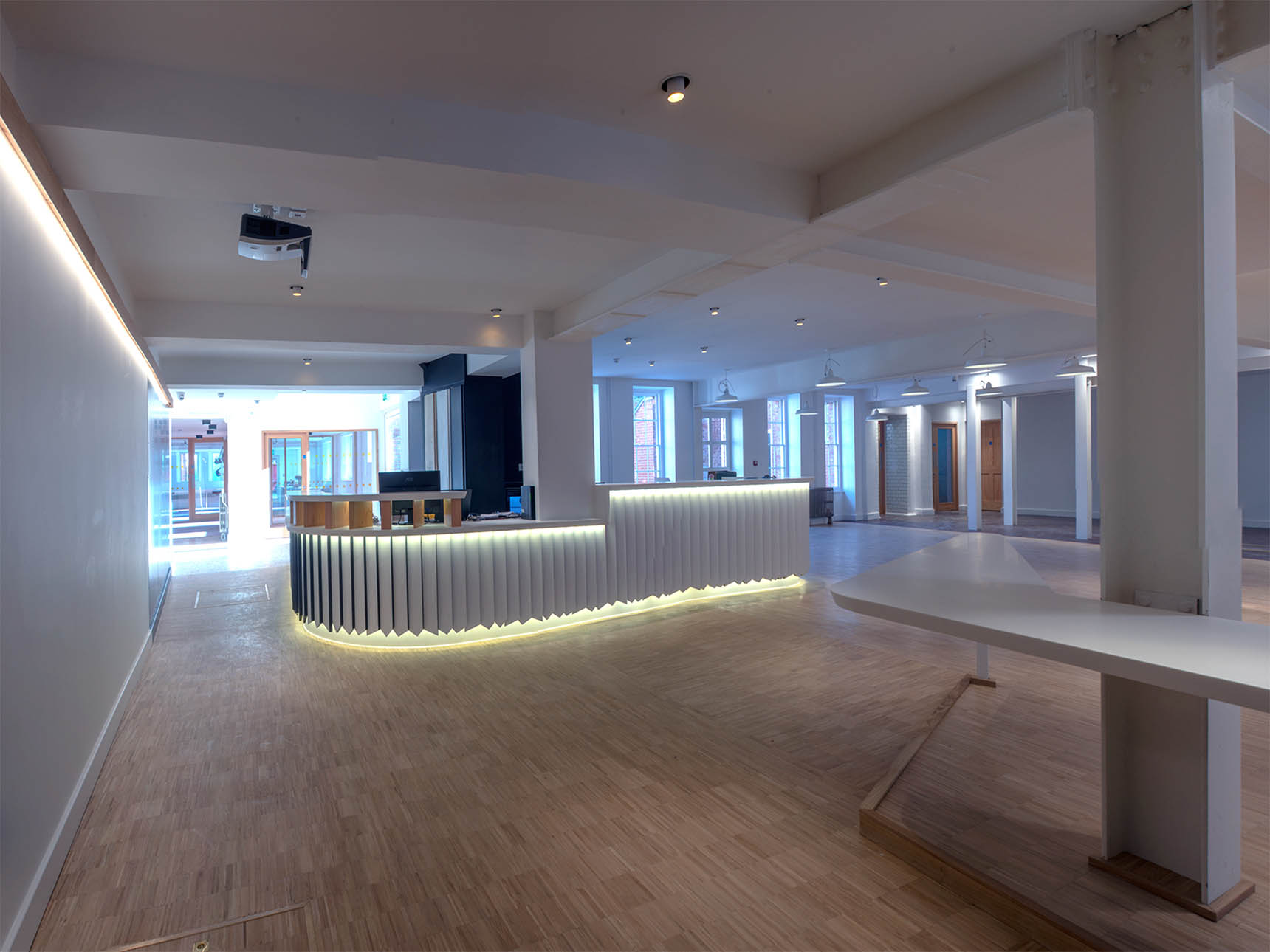 The ground floor of the original building is a café opening onto the courtyard. Its focus is a combined reception desk and café counter. 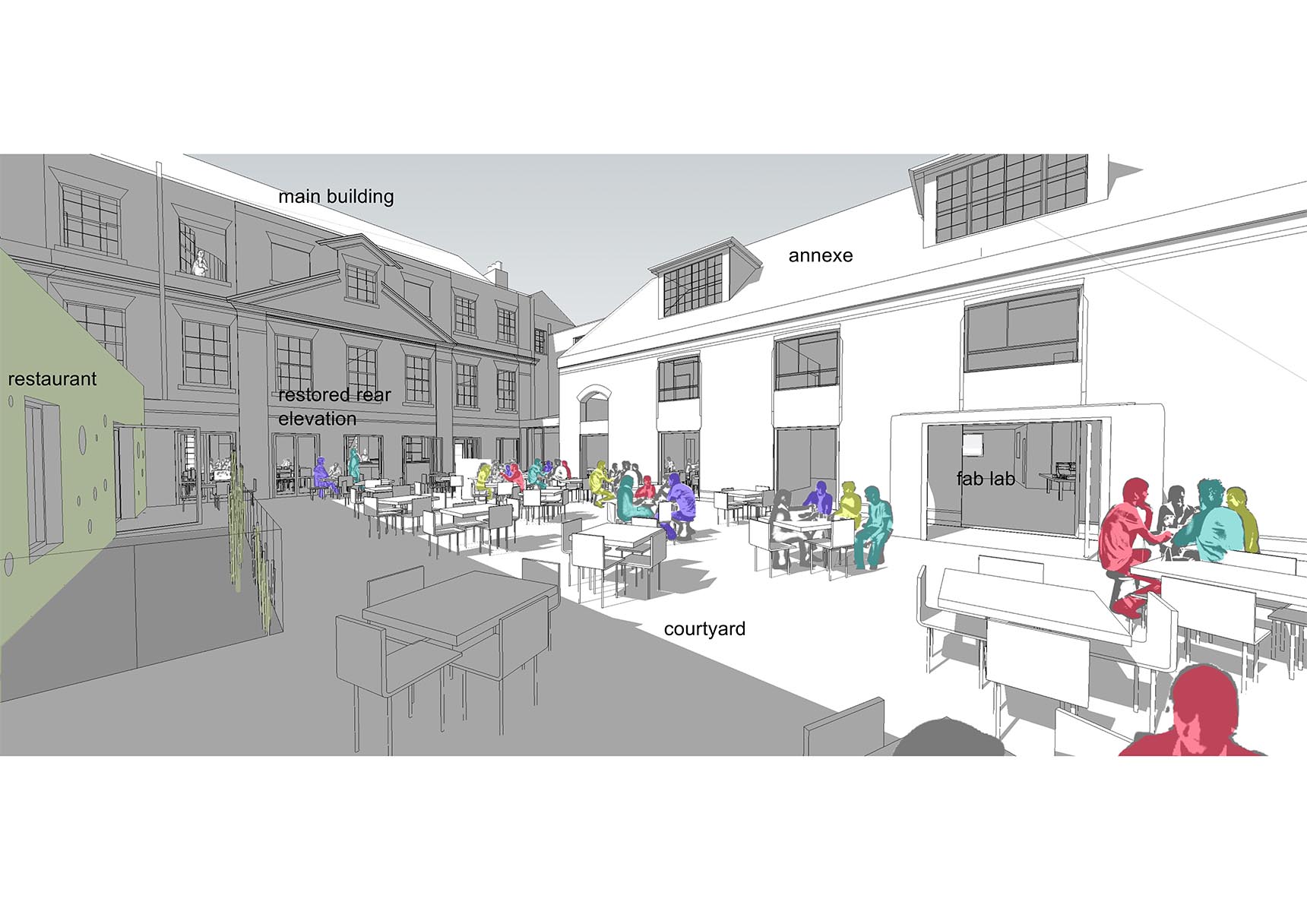 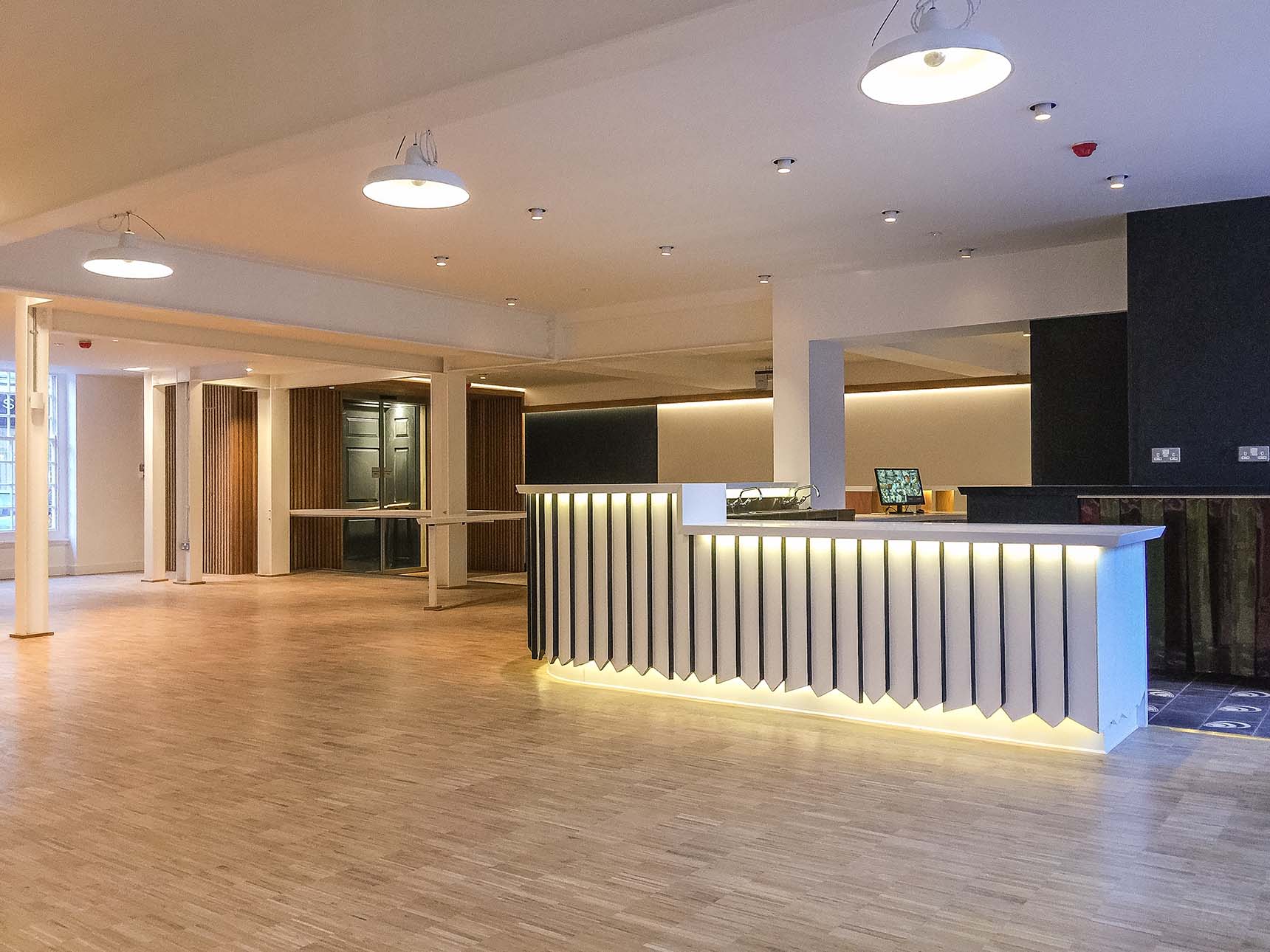 The reception desk/café counter, looking towards the main entrance. 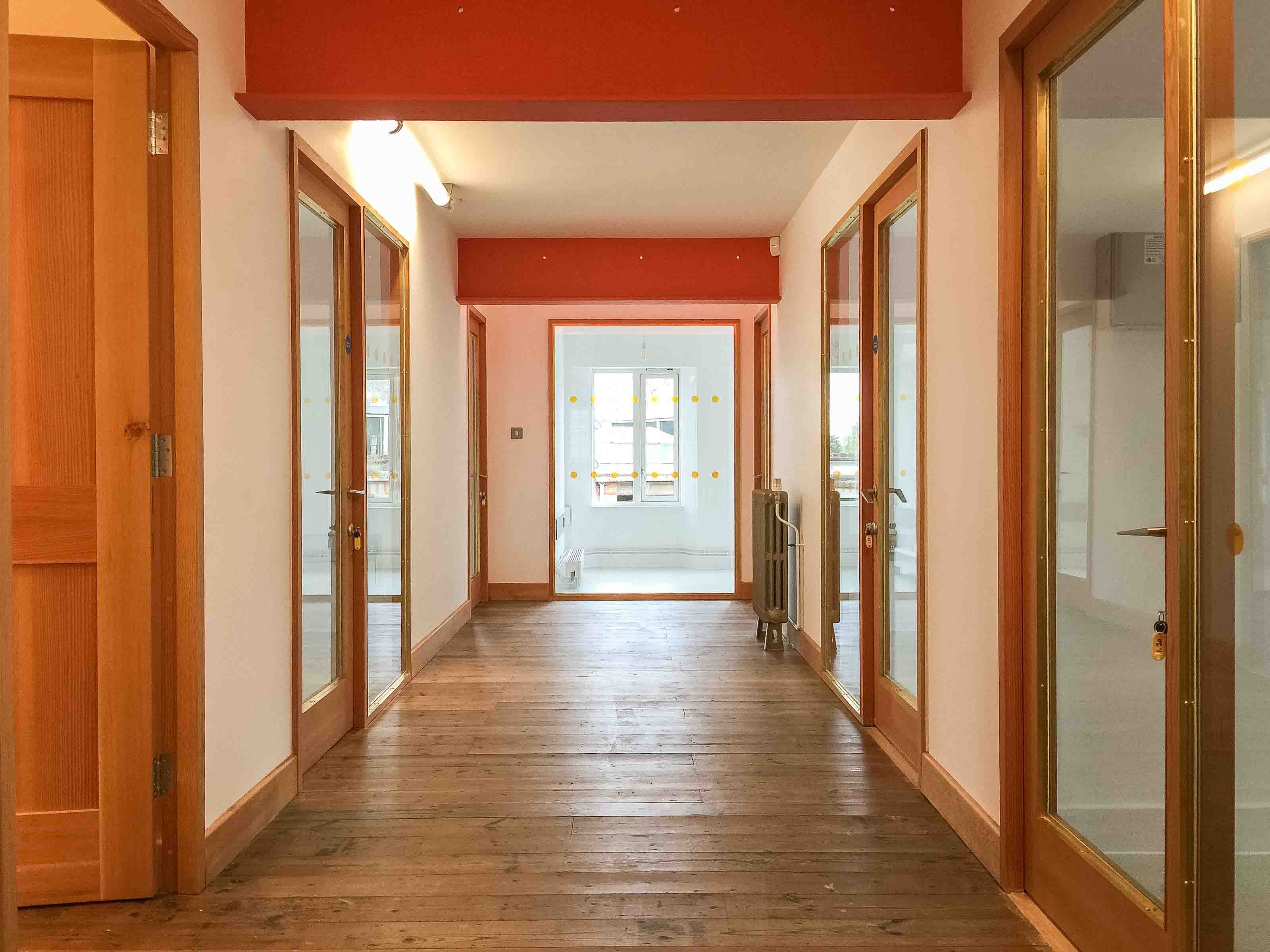 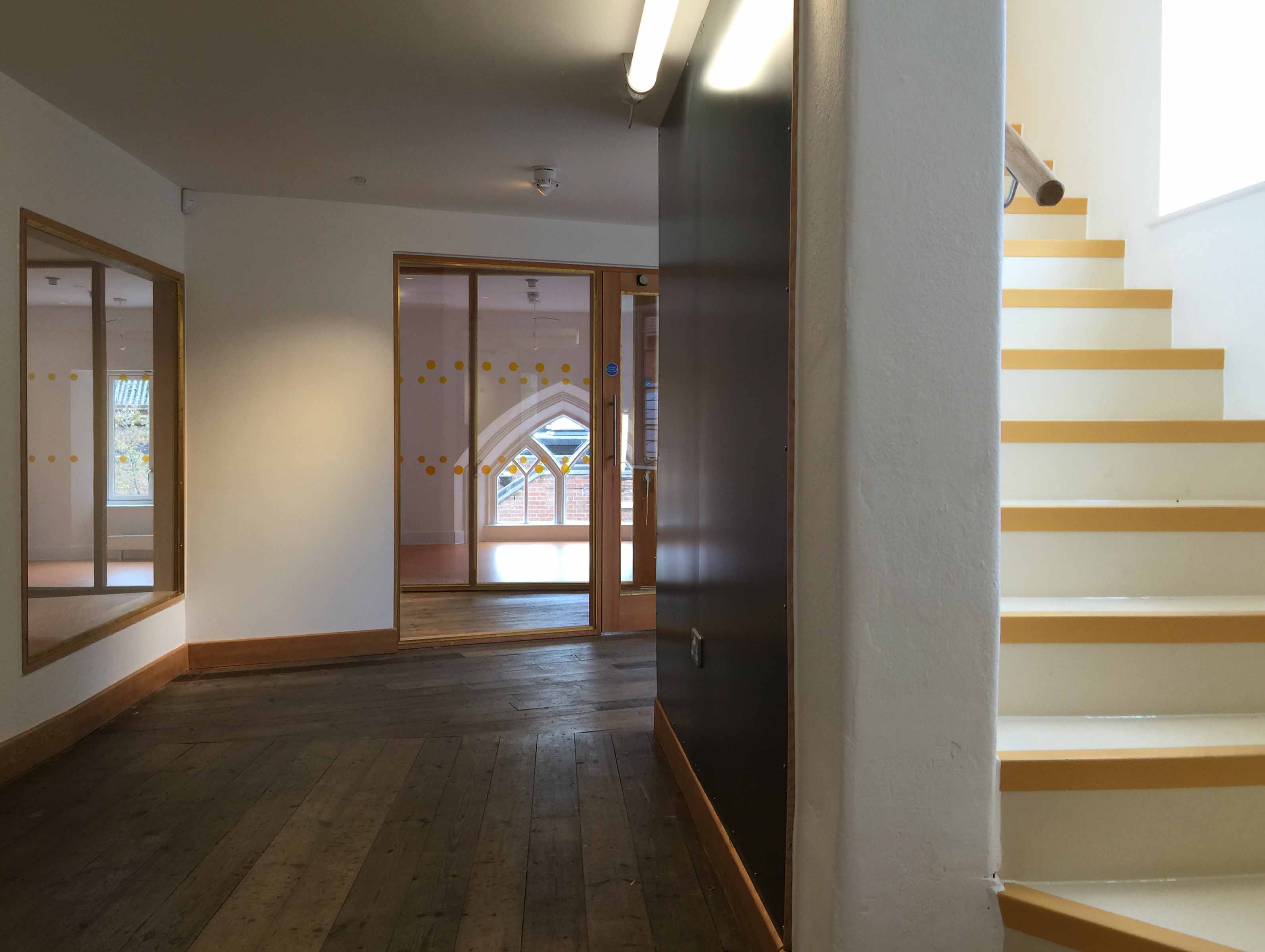 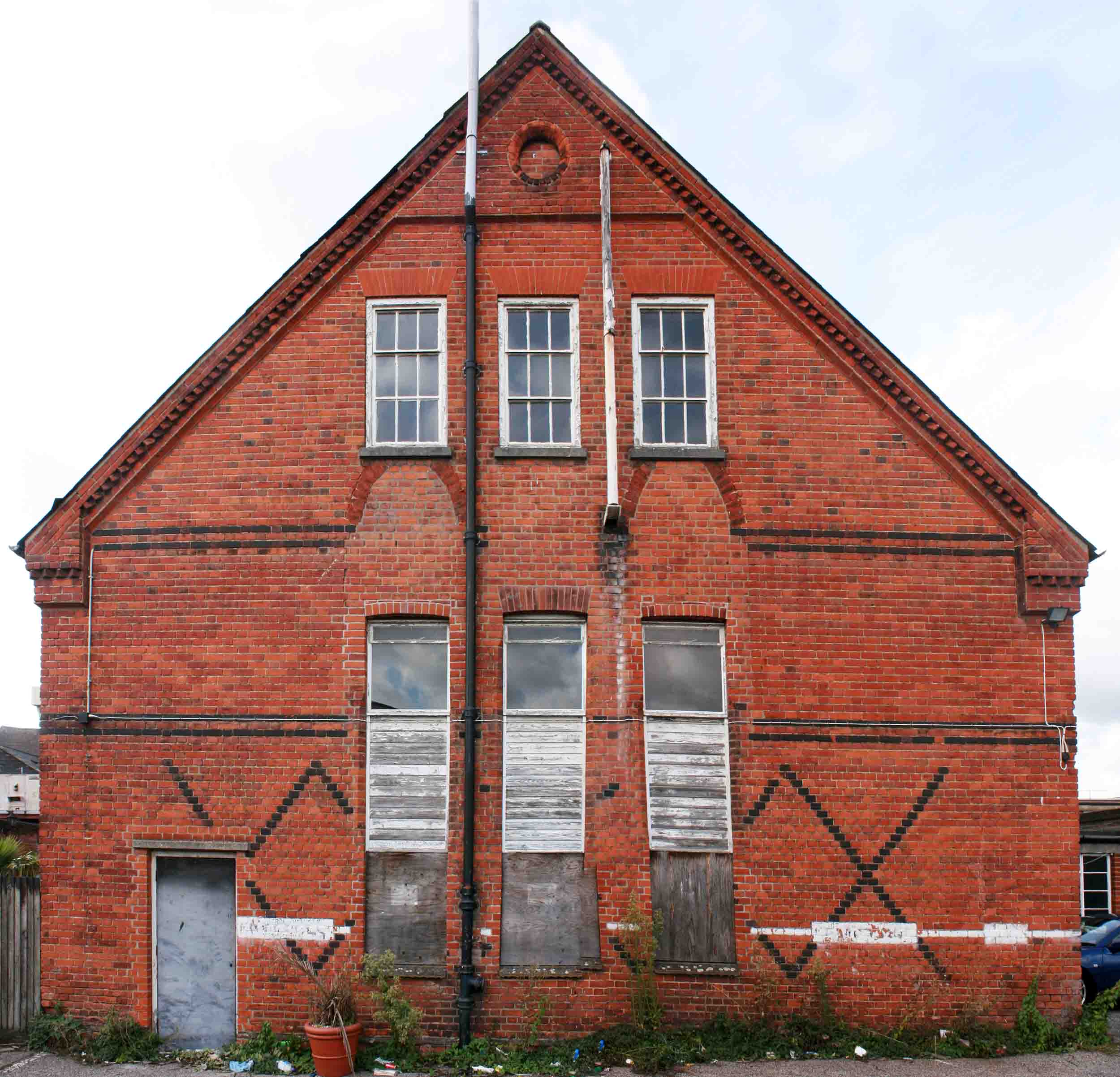 End elevation of the annexe before conversion. 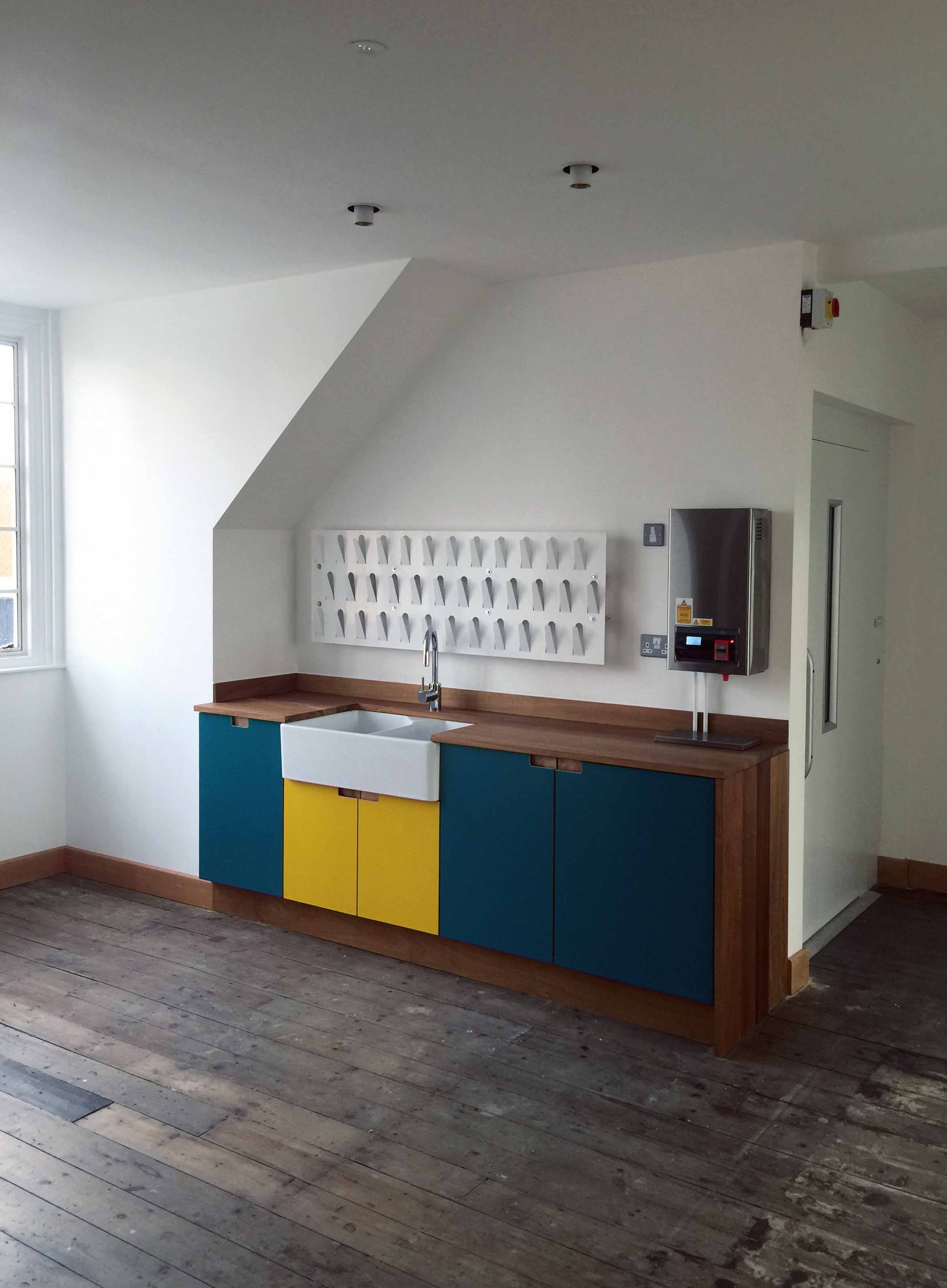 A teapoint with bespoke cup rack. 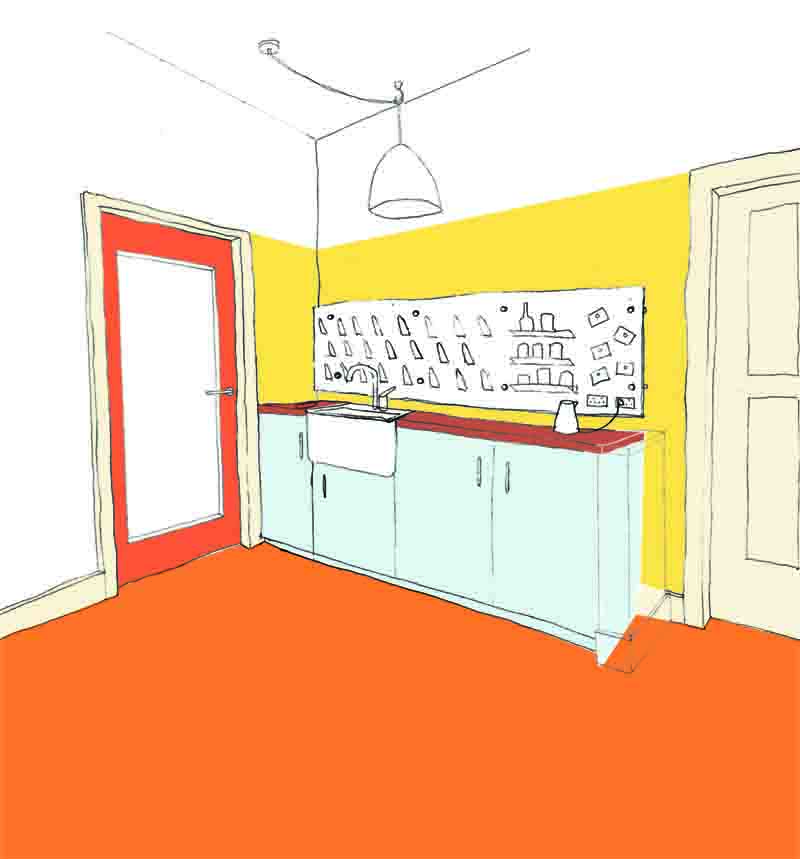 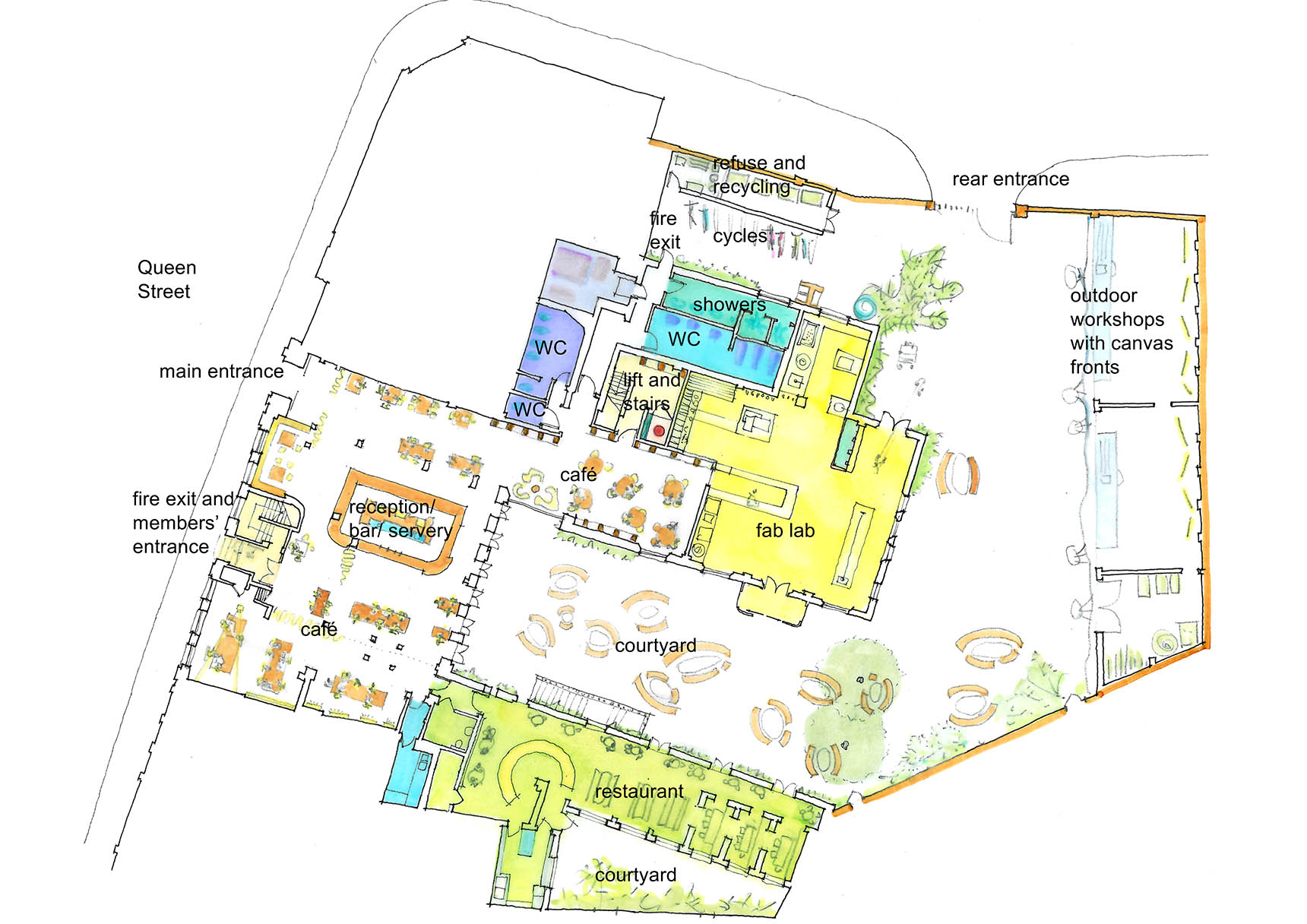 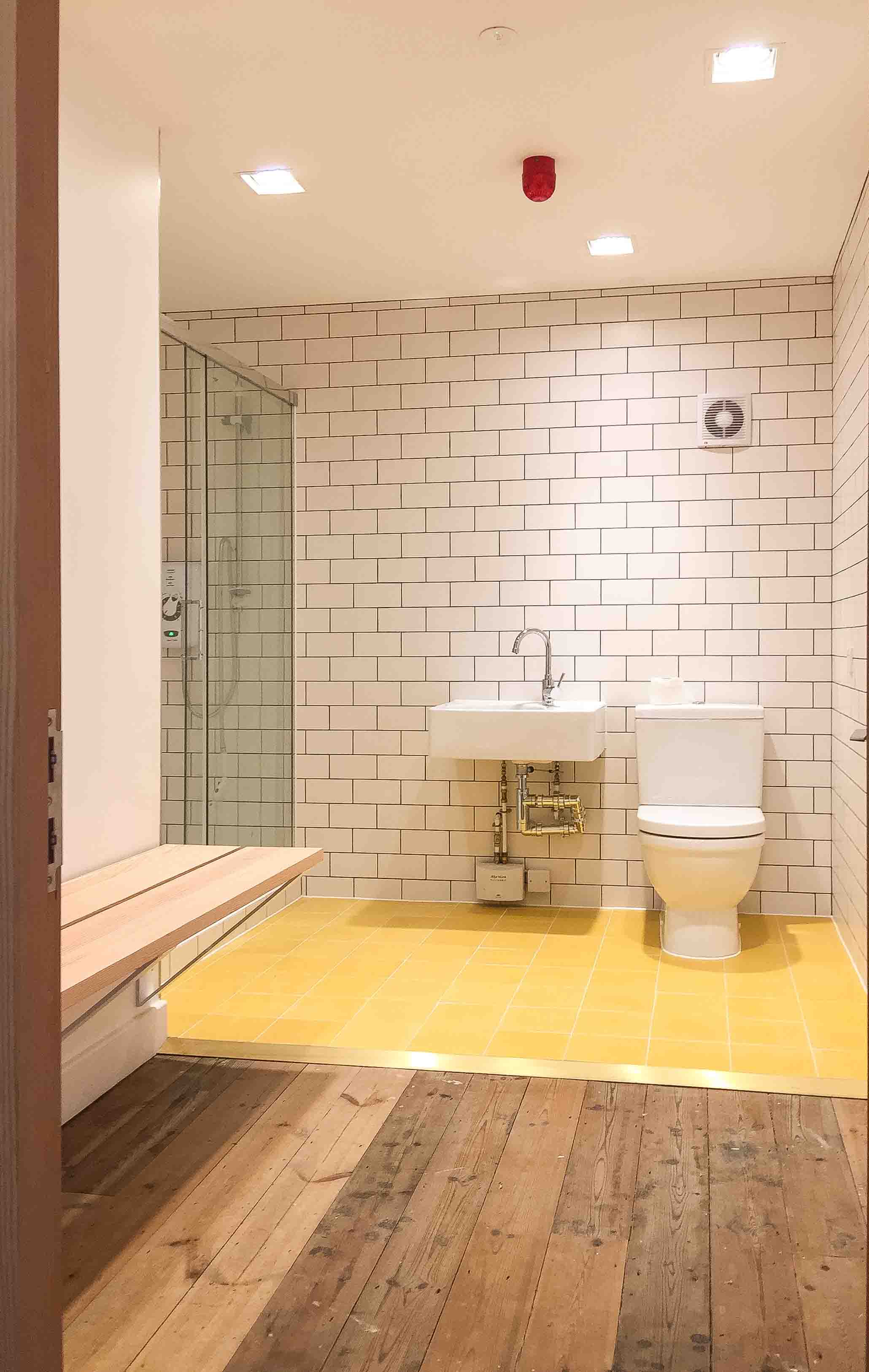 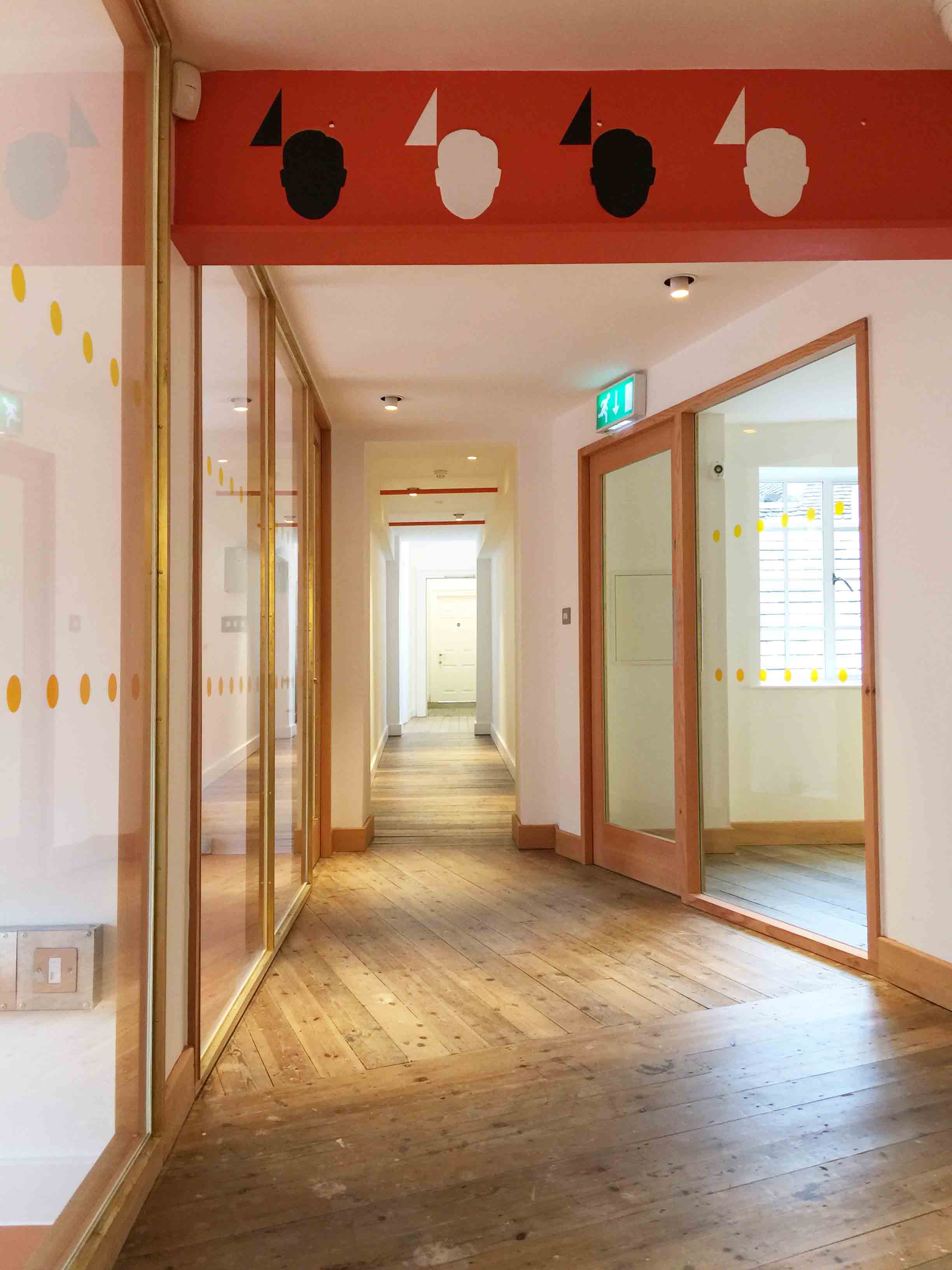