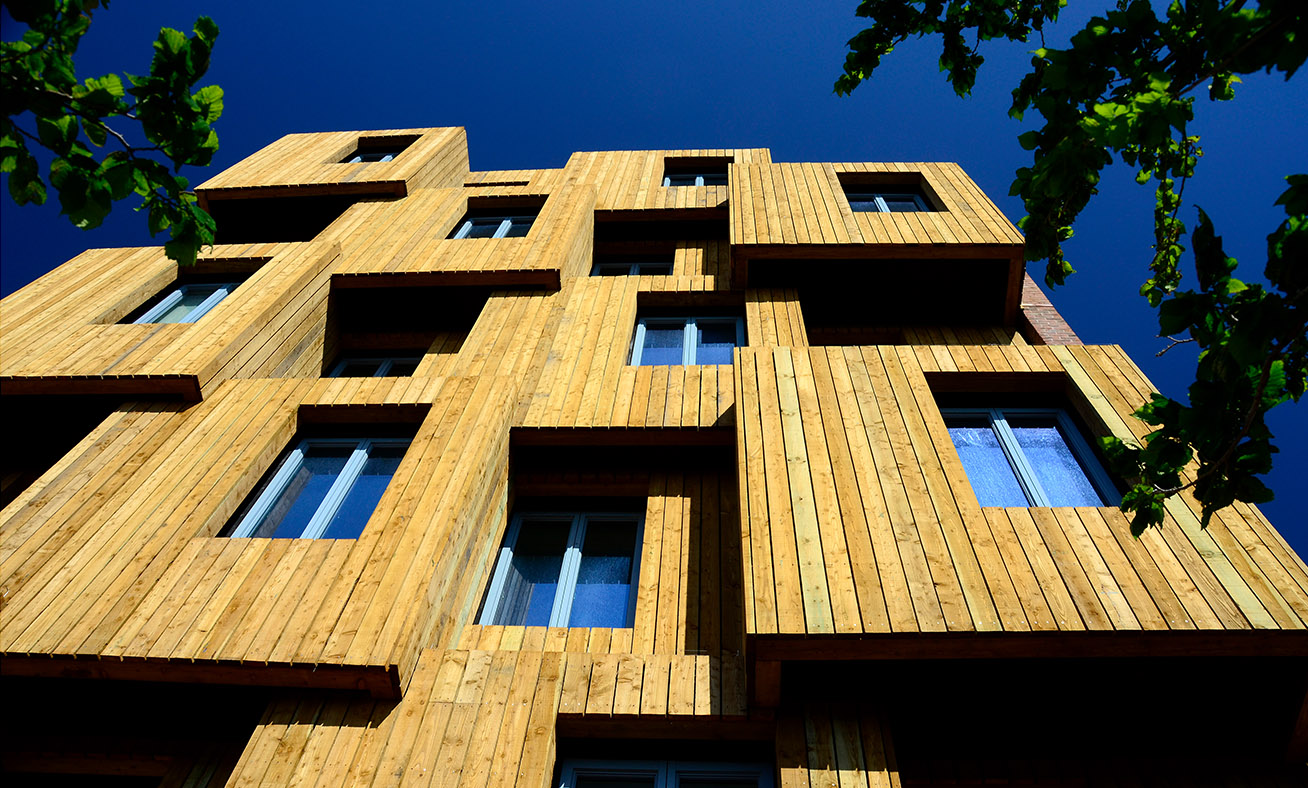 By the 1980s, Cardiff Bay in South Wales was a byword for post-industrial degeneration. A century of global trade and heavy-industrial prosperity had given way to fifty years of stagnation and decline, leaving the bay and its docks with a legacy of deprivation, economic torpor and environmental degradation. Incrementally, over intervening decades, progress has been made towards regenerating these despoiled wastelands.

When the BBC opened its Roath Lock Studios in 2012, it kick-started the emergence of a new creative cluster at Porth Teigr, centred around the studios, which generated demand for co-working space among emerging digital media companies.

Gloworks has been constructed as part of a strategy for meeting this demand. Mark Hallett, development director for the Porth Teigr scheme said: “It’s really good for Cardiff to have these kinds of developments which bring creative companies into the capital. To be seen as a successful and growing city, it needs to be attracting these types of businesses.” 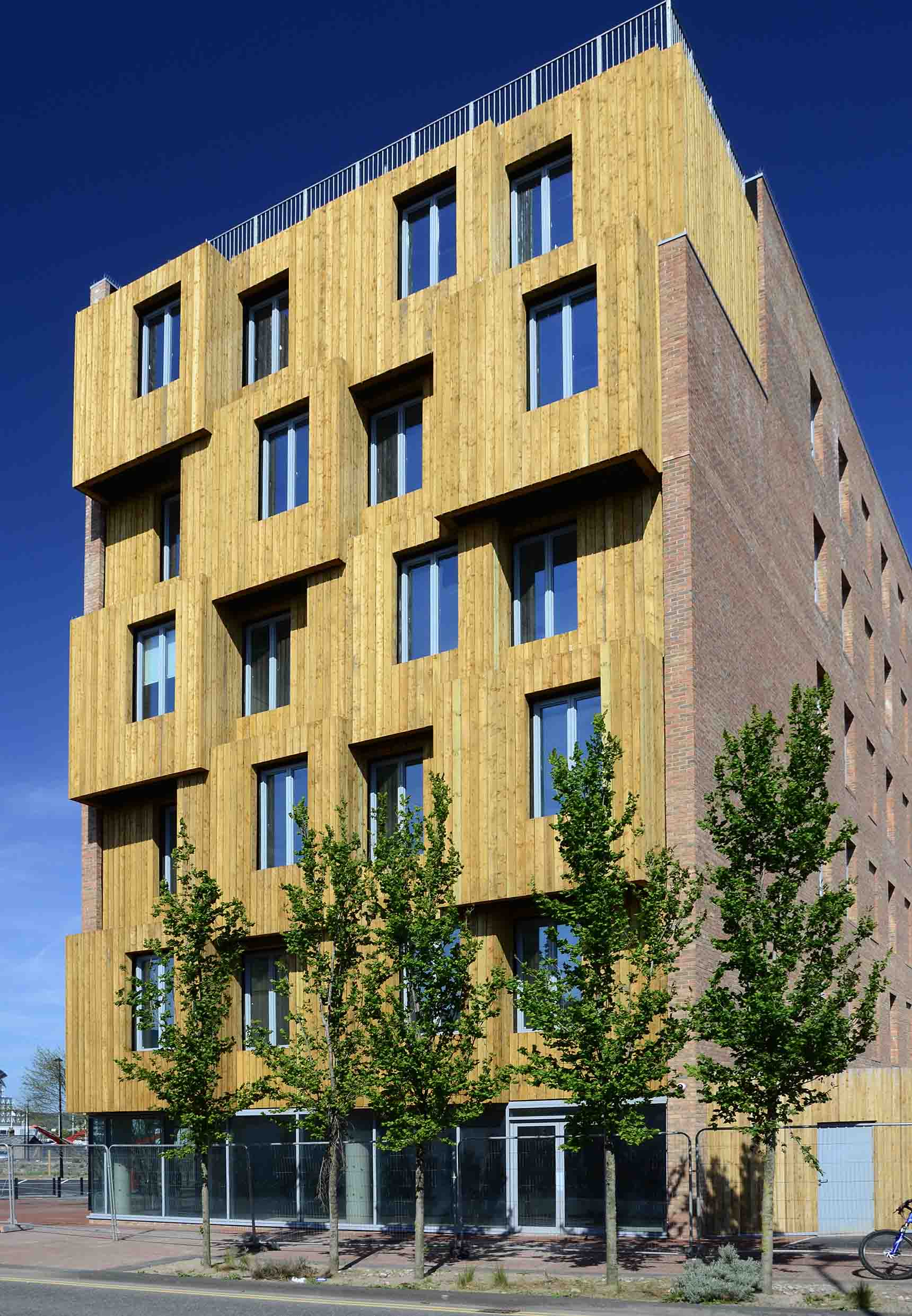 We imagined the building as a stack of irregularly bound timber, held within smooth brick walls. On its end-elevations, the baulks of the timbers project differentially, like a stack of cargo crates in which some of the crates have separated from the main pile.

This treatment references the vast cargoes of timber which passed through Roath Dock - mainly Baltic pine used to make pit props for the South Wales coalfield. 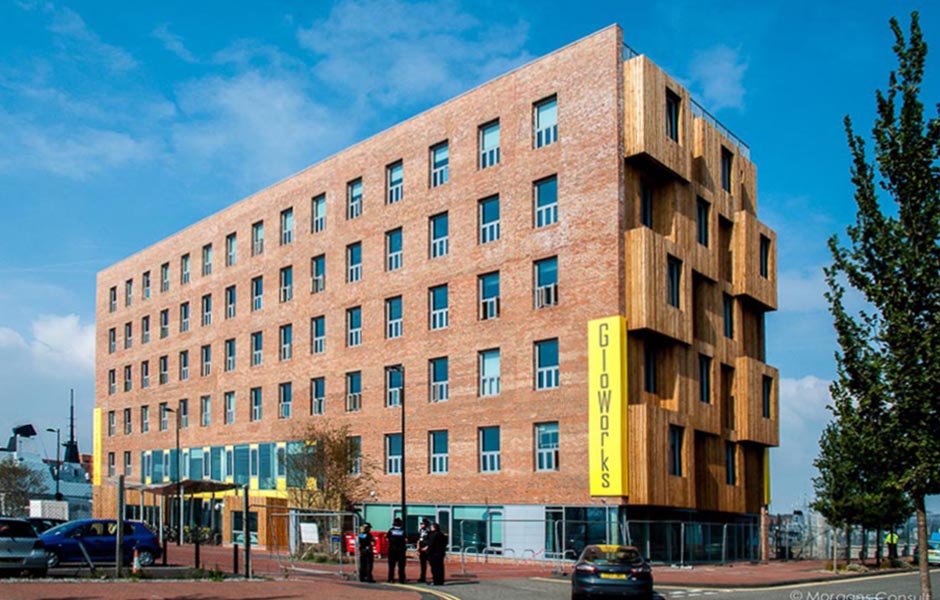 Gloworks provides co-working spaces for creative and media companies, with all the benefits of easy-in-easy-out business terms, proximity to the BBC and high levels of connectivity between companies and individuals that work there.

Flexibility and adaptability are fundamental design values. Floors can be open plan, cellular or a combination of both, and can serve a single or multiple users.

We also built into the building opportunities for convivial chance encounters that can uncover worthwhile synergies between individuals and companies.

On the roof, a communal roof terrace looking across Cardiff Bay is a meeting point, while the ground floor gives building users a club space, with reception, meeting rooms and social spaces are bookended by retail spaces. 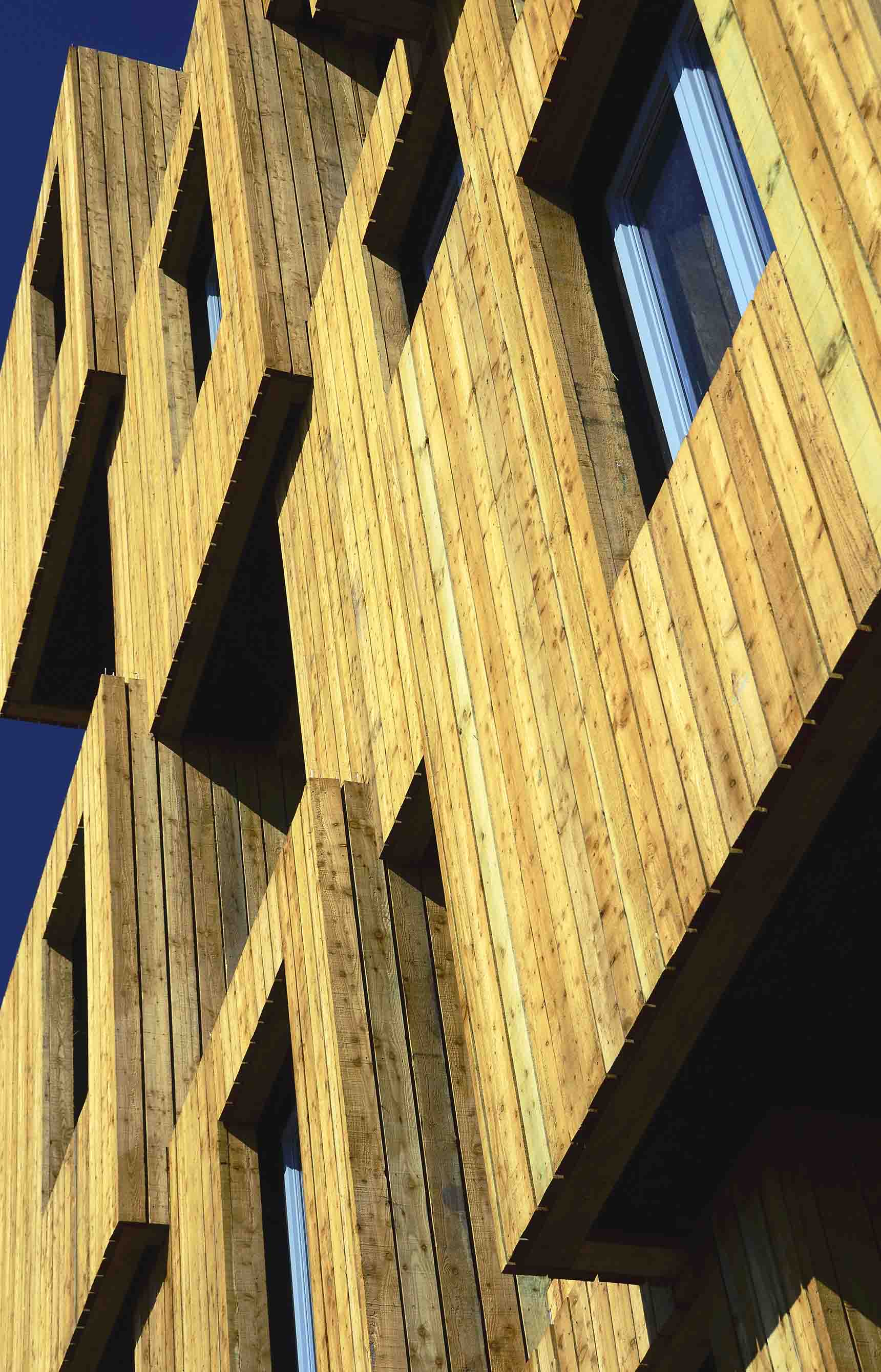 Detail of the building's end elevation 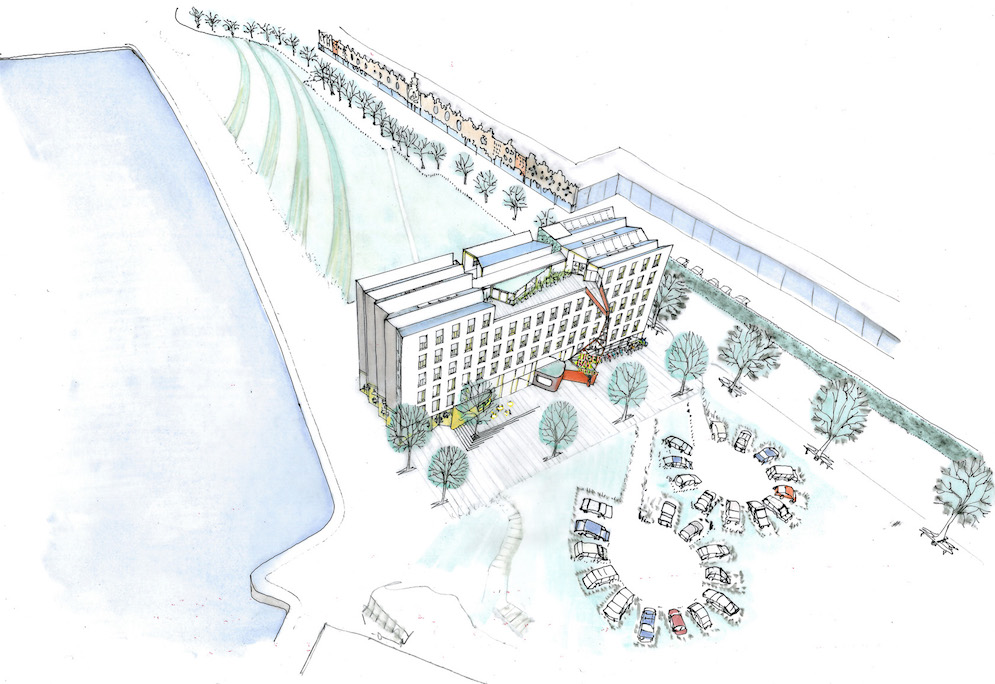 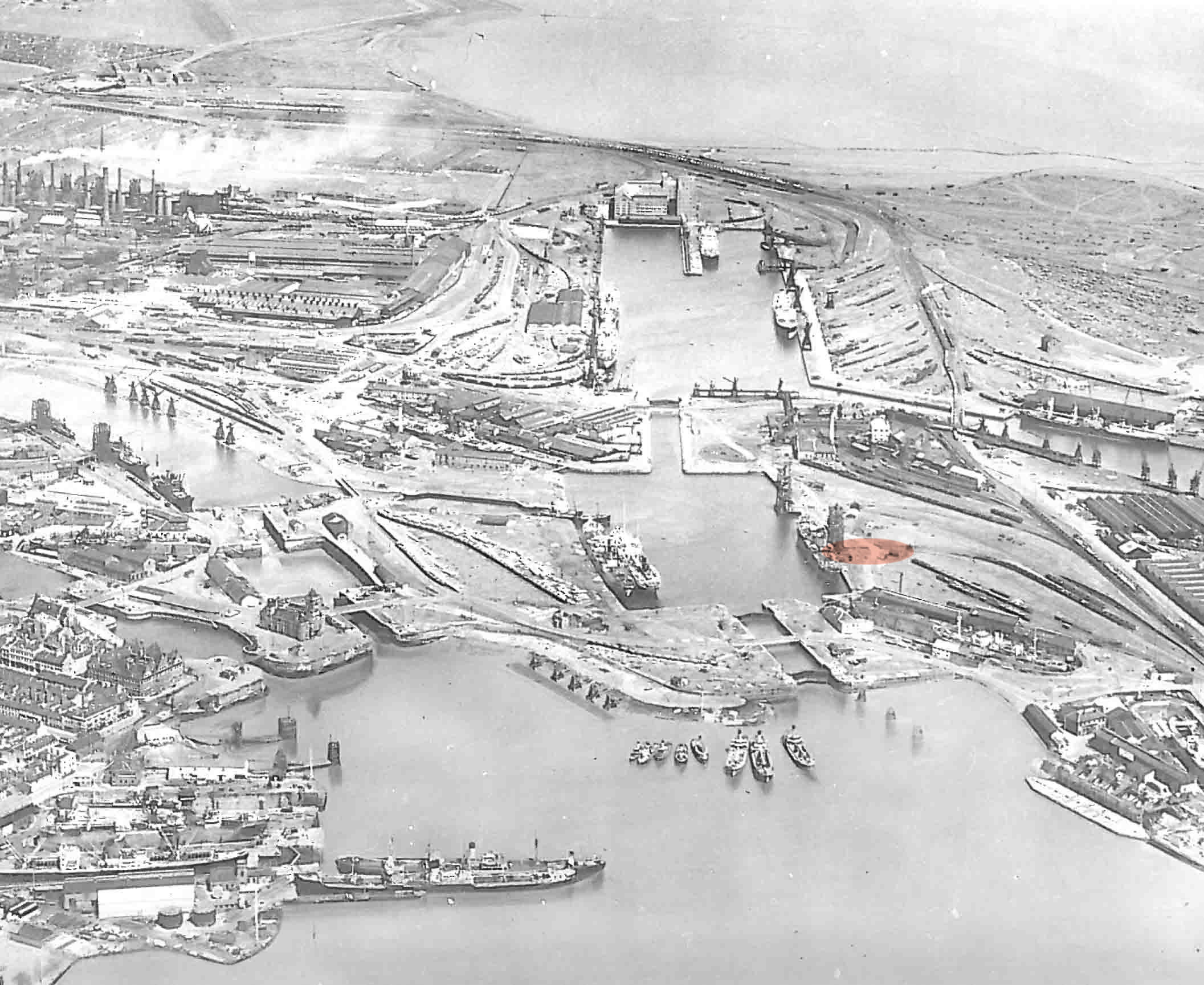 Cardiff Bay in its maritime heyday. The site of Gloworks is shown in pink. 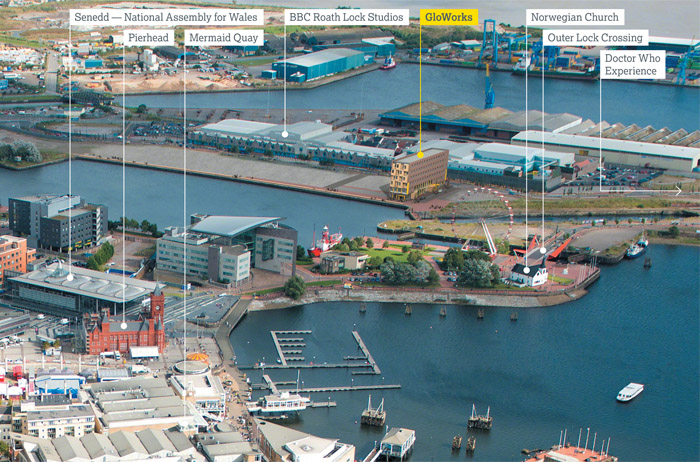 Gloworks in the context of Cardiff Bay. Along with the BBC Studios, Gloworks forms the first piece of an emerging masterplan for the regeneration of Roath Basin. The strategy is to extend the civic, governmental, retail and cultural energy of Cardiff Bay with a development plan that retains flexibility to adapt to changing requirements as they emerge. 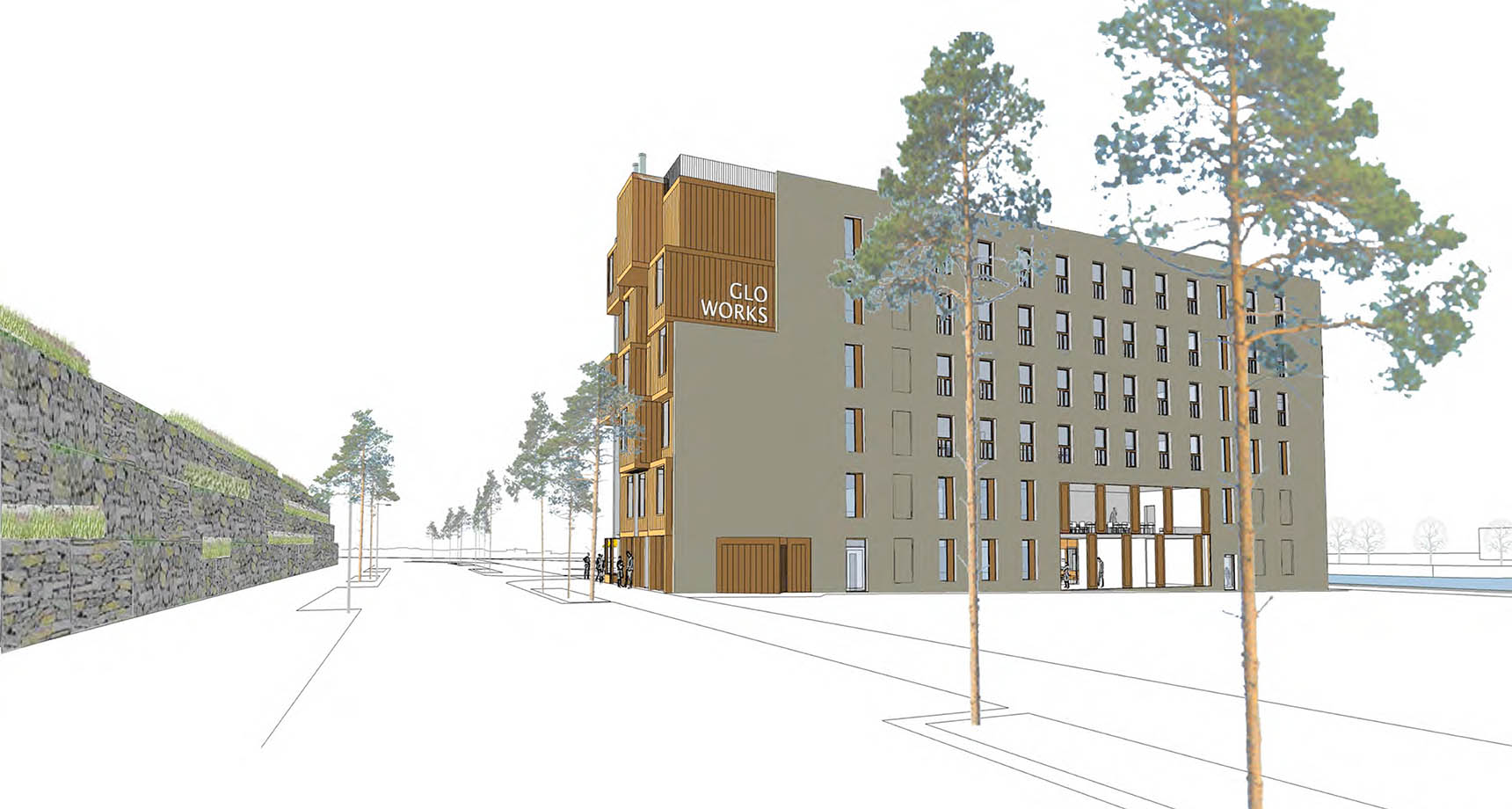 Gloworks on the right, with the BBC's Roath Lock Studios, left. 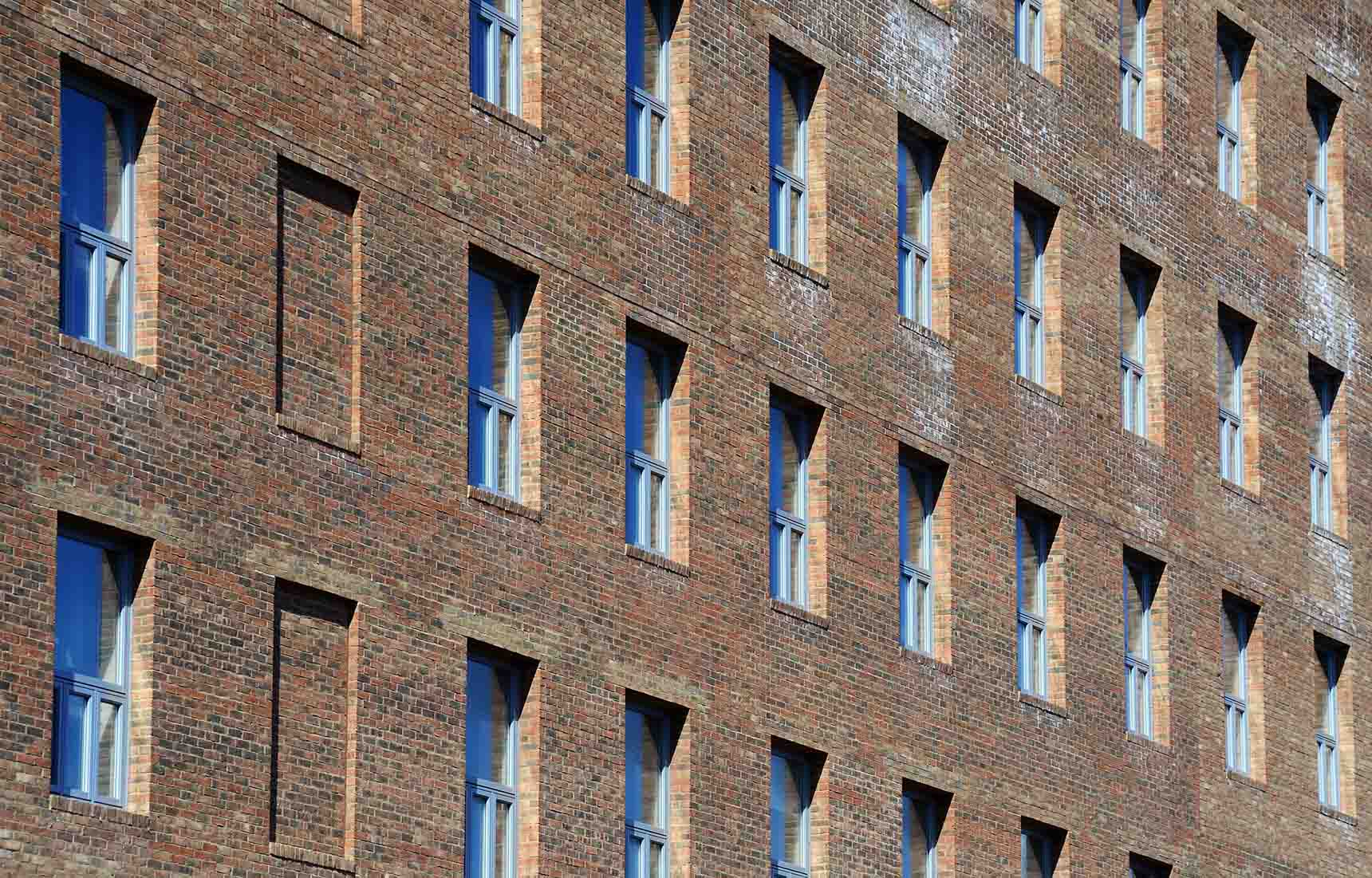 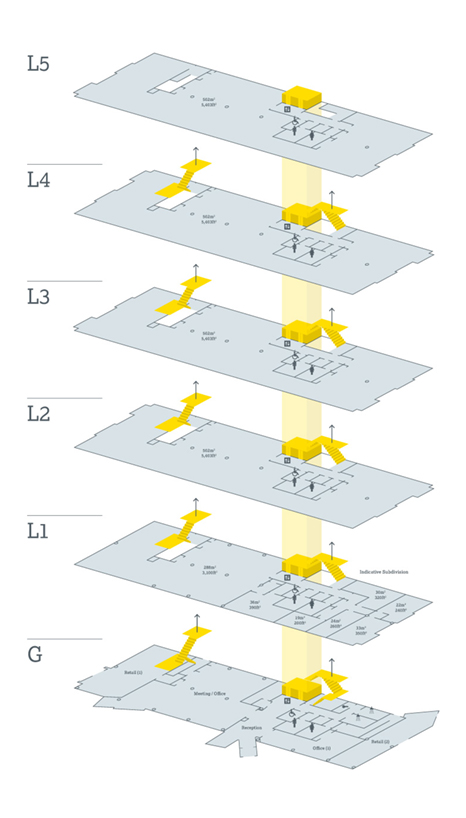 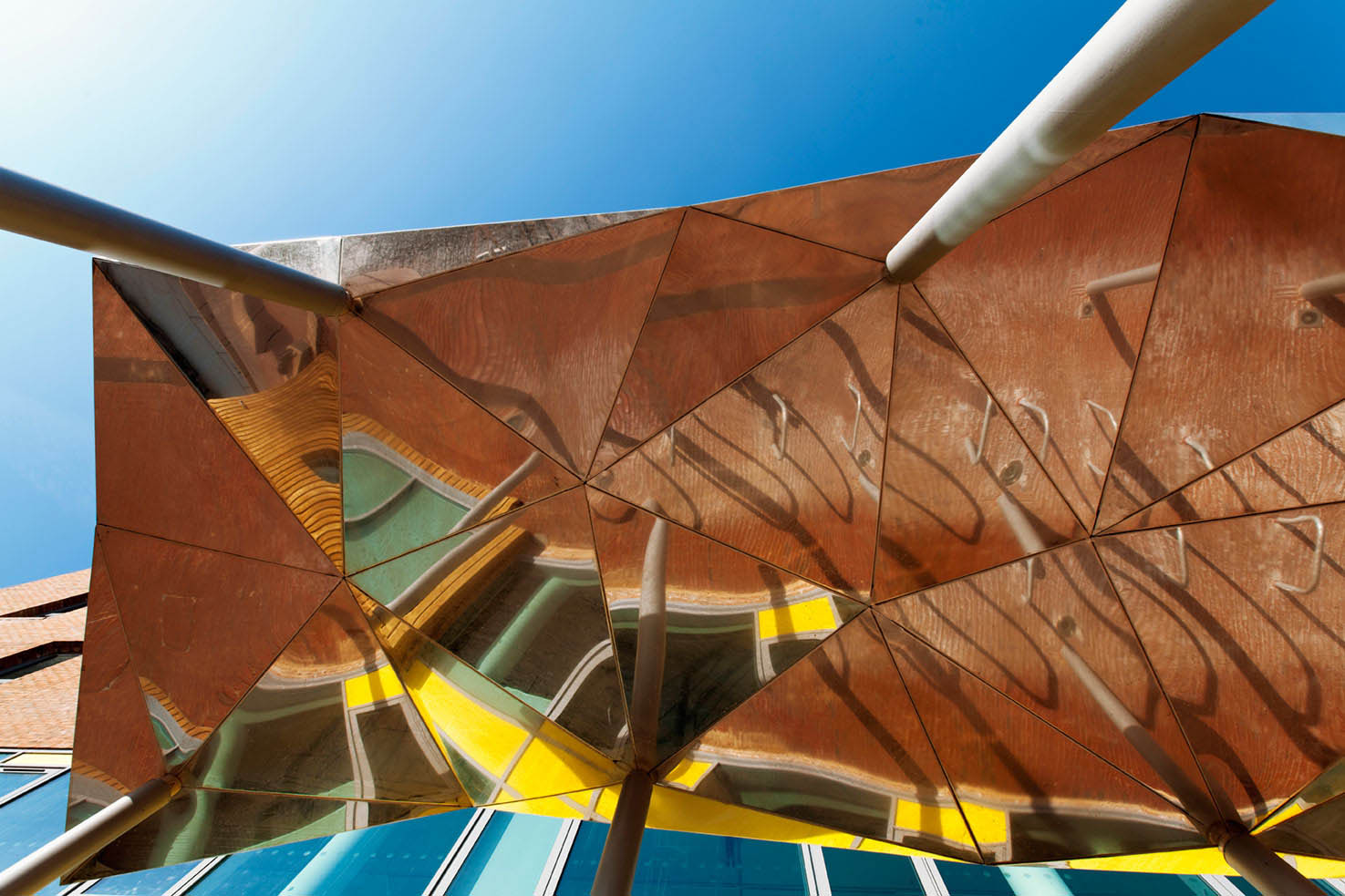 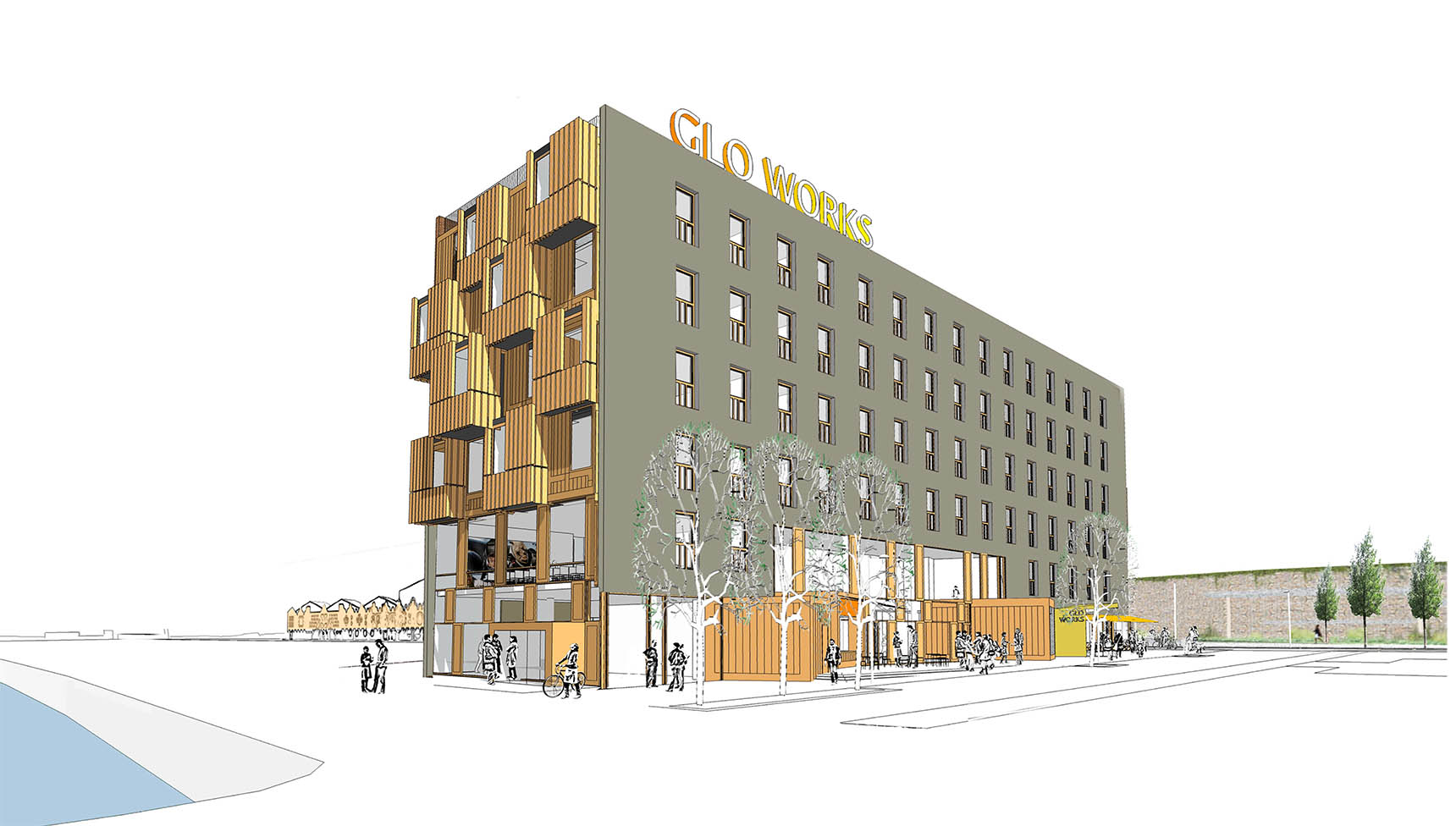 View from the dry dock 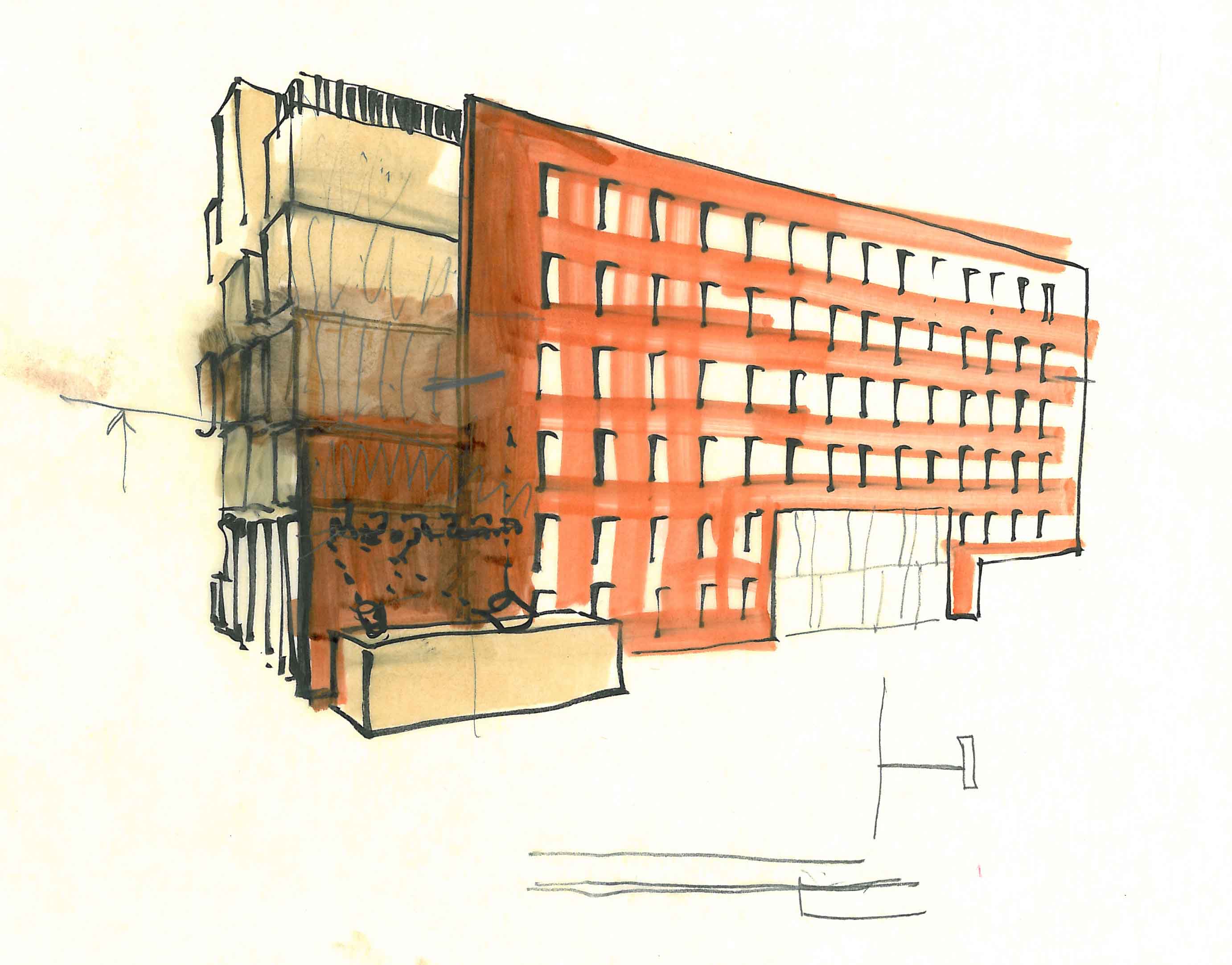