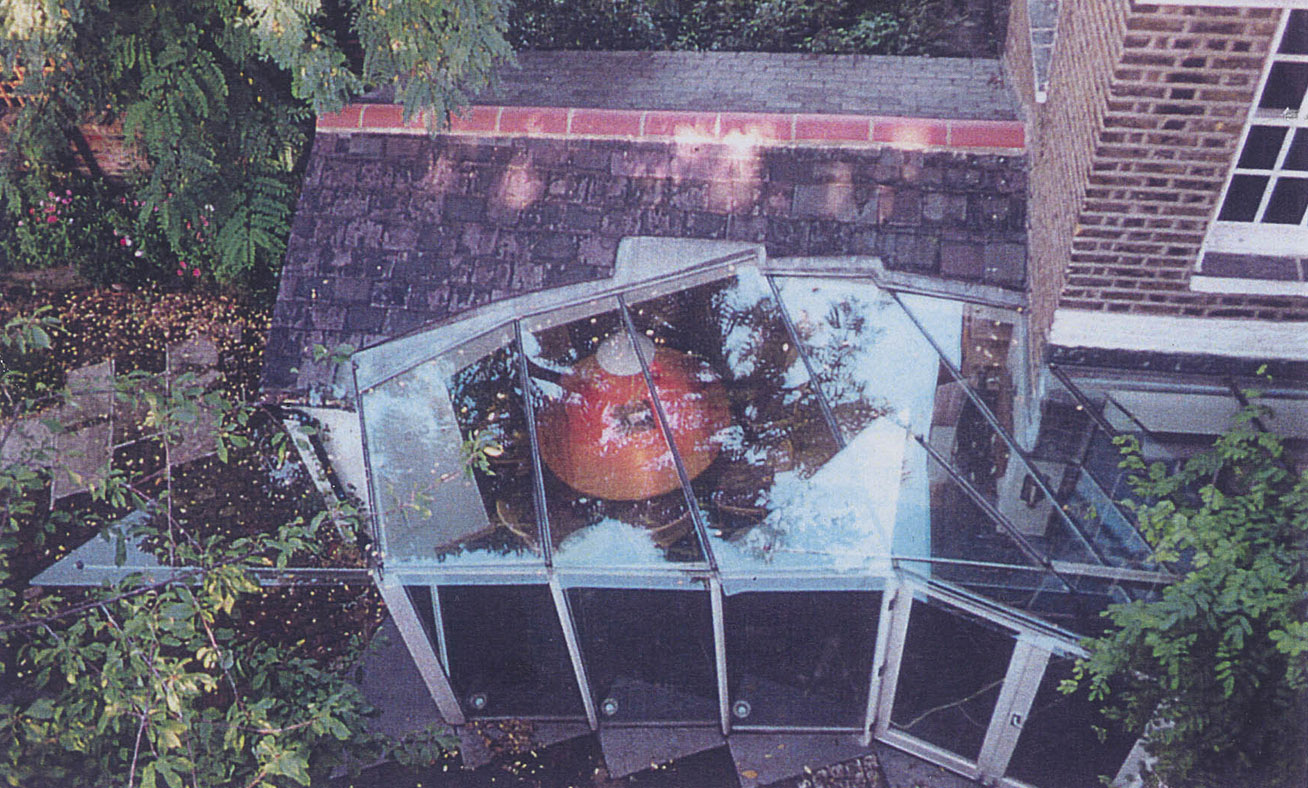 Typical London terrace houses relate superbly well to their streets but connect weakly with their gardens, so much of our work with London homes is about helping the house to make friends with its garden.

In this project, we were doing this with new technologies and materials, by constructing a new glass extension that connects this listed Georgian house to its outdoor space and re-arranges the internal ground-floor living space. Measuring six square metres, it is believed to be the smallest project ever to win a RIBA Award for Architecture. 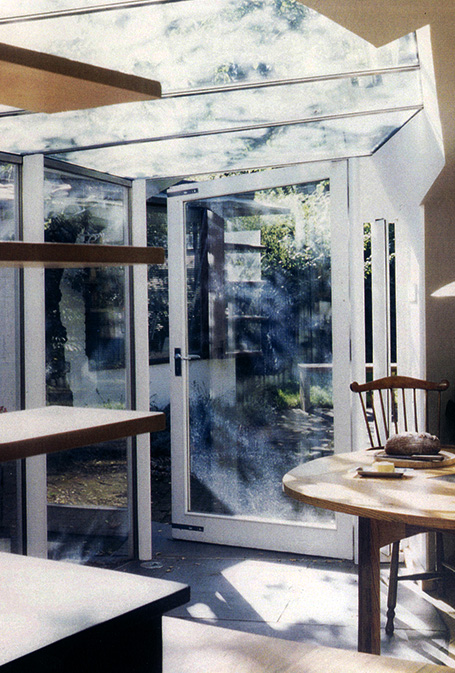 The extension is poetically detailed to create a congenial, flowing living space.

The heated slate floor extends into the garden, mimicking the geometry of the glass panes overhead. Inside, the slate meets the timber floor of the house in a curve that corresponds with the junction between the glass and the pre-existing tiled roof overhead. The dining table straddles these two floor surfaces, giving it a metaphorical location that is half indoors, half outdoors.

The extension’s glass panes - which are offset and staggered, suggestive of movement - sit in channels sunk in the slate floor and detailed to create a level, continuous threshold between house and garden. 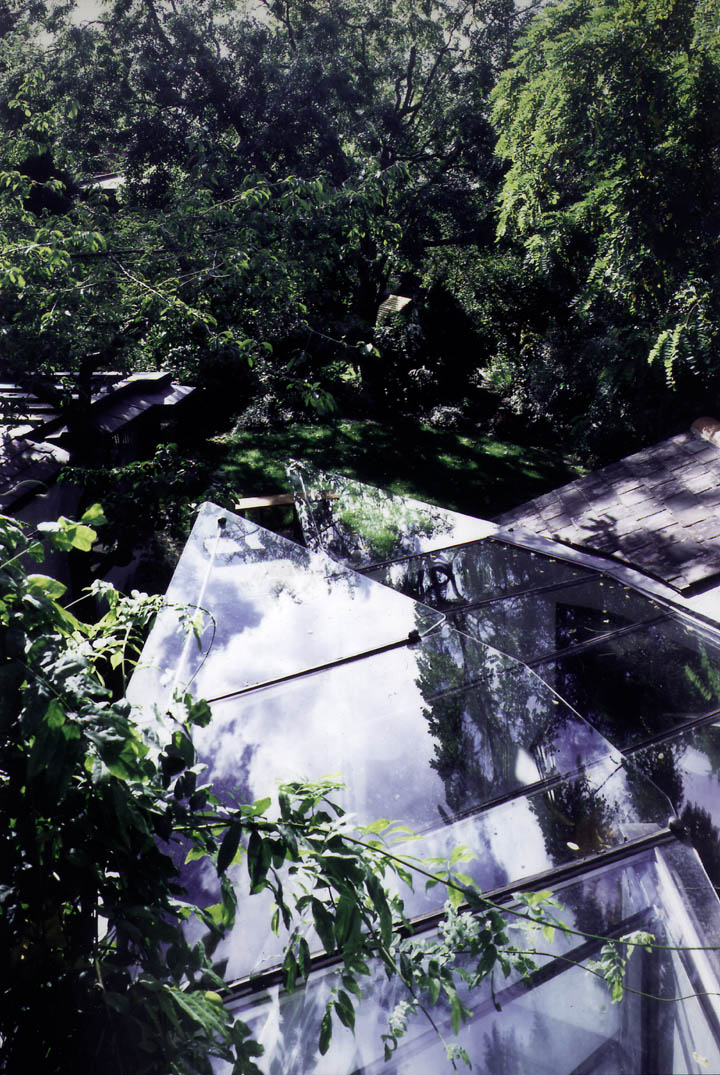 We worked with structural engineers Techniker and developed innovative solutions. High-performance insulated glass is supported on a stainless steel frame, in a symbiotic arrangement in which the steel supports the glass, while the glass stiffens the steel. It was the first time that glass had been glued directly to a steel structure. 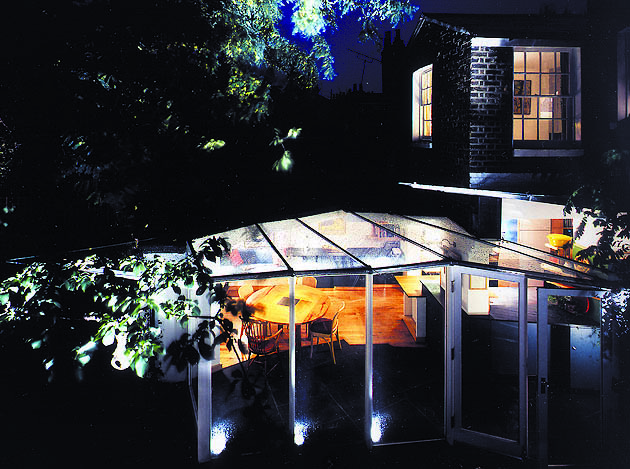 The project has a complex geometry that derives from the way it integrates with the existing building.

The existing extension was stripped of its solid side-wall and its tiled roof was partly cut away. The space was re-enclosed with asymmetric panes of glass that form faceted, wing-like structures that extend outward, away from the house, with their tips forming porches over two doorways to the garden.

As well as creating new ways of using and moving through the living space, the project transformed the house’s relationship with its garden. We described the new roof as “having a conversation” with the mature cherry tree, whose branches hang inches from its glass panes. 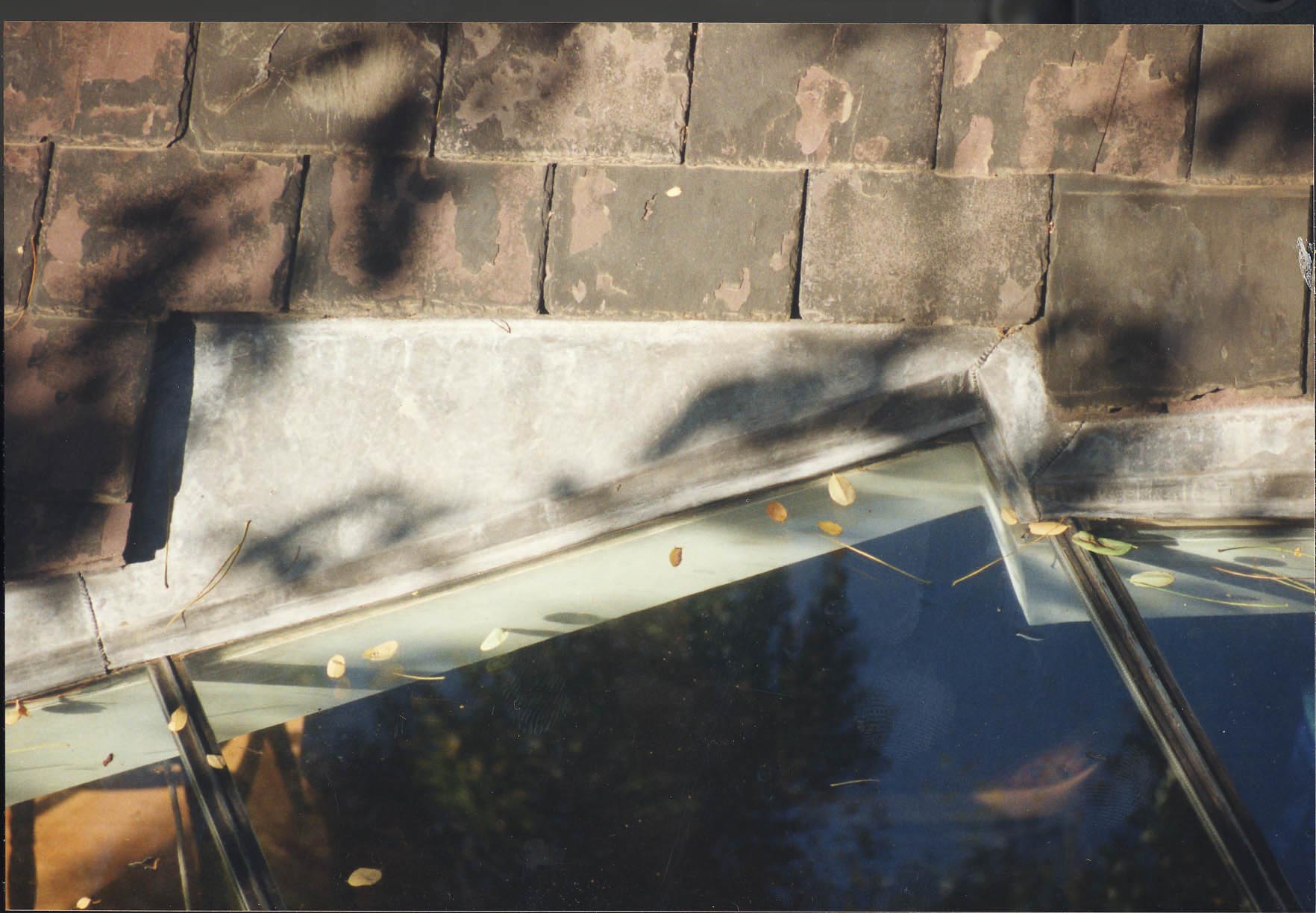 Careful detailing of re-used slate, lead and glass at the junction between the existing roof and the new structure.

Read more about the thinking behind this project:
#tactility
#homes
#reuseandheritage 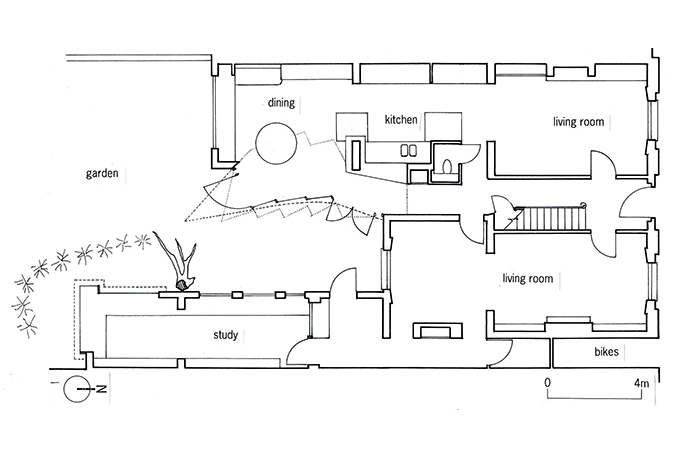 The conservatory transforms the relationship of the house to its garden. 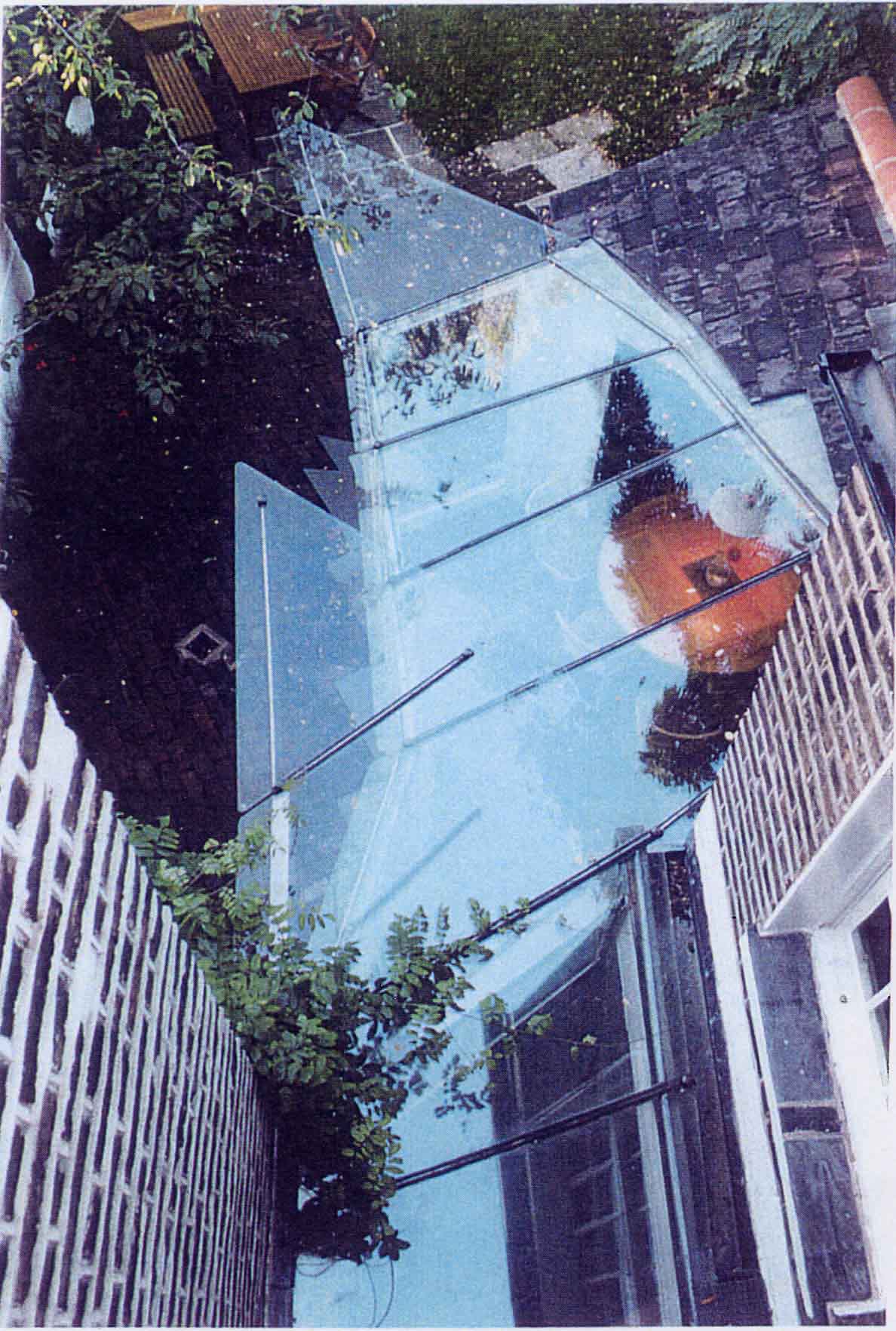 The double birdwing derives from the complexity of the new extension's relationship with the existing form of the listed house.

The conservatory is one of a number of interventions to the Grade II listed Georgian villa.