Our Tibby's Triangle project has been featured by Martyn Evans in his article on Building Design Magazine. He gives an experiential view of the project, taking a walk through the seaside development and commenting:

What's clear as you wander around the town is that the architects have studied it in great detail. They've photographed and pored over details of the delightful way in which the architecture has been developed over the centuries and interpreted this language in their scheme to make it seem like it's been there all along. Except it's still delightfully modern.

And that's what it's all about isn't it? Designing schemes so that they liver the very best contemporary ideas but feel like they've always belonged. I don't know the economics of that scheme, or how hard the developer, contractor and their professional teams had to work to be able to deliver a viable project. But they clearly did it, and it's a triumph.

Situated just out of the centre of the town on the former Adnam’s Brewery site, we were careful to connect the scheme seamlessly back into the old town - something Evans picked up on in his article, noting how the project felt like it had always belonged to the town. By immersing ourselves in the close-grained texture of this quirky seaside town and taking cues from the local surroundings in our design, we were able to create something new which spoke of something old, or perhaps spoke the same language as the old in a new dialect.

One way we did this was to use small front gardens and low flint walls in the Southwold tradition. Not only does this visually link the development to its heritage, but it also fosters a sense of community - people can pop out of their front door on an errand and chat to the next door neighbour as they are coming home, or they can catch up over the garden wall while they’re doing the watering. It’s a simple technique which we also used in our recently acclaimed and award winning project The Malings, whose low planters and fences similarly enable chance encounter and conviviality.

Tibby’s Triangle also uses paths, ginnels and alleys in a similar way to the main town, where numerous tiny streets create spaces of surprise and discovery as you come around a corner and then a few more houses appear behind the ones on the street. By creating these walkable paths through the development and incorporating a new square with a store and café, the new houses are woven seamlessly back into the close-knit old town. The square provides a place for people to meet, and connects residents from across the whole town.

We wanted to match the spatial complexity and irregularity of old Southwold. Rather than adopting a “cookie cutter” mentality, as Evans calls it, we instead individually designed 34 unique layouts across 26 houses and 8 apartments, encouraging an intricacy and particularity to every corner of the site. This was a response to the strange, triangular shape of the site - only by being a bit inventive in our approach could we fit this many homes on the site, tucking homes behind other homes and getting right into the corners of the site. This approach created a spatial and social complexity which helps make people feel their home is really uniquely theirs.

It’s the balance of this uniqueness and irregularity with a sense of community which makes people feel at home here, as much as it makes the architecture seem to belong.

You can read Martyn Evans’ full article over here. 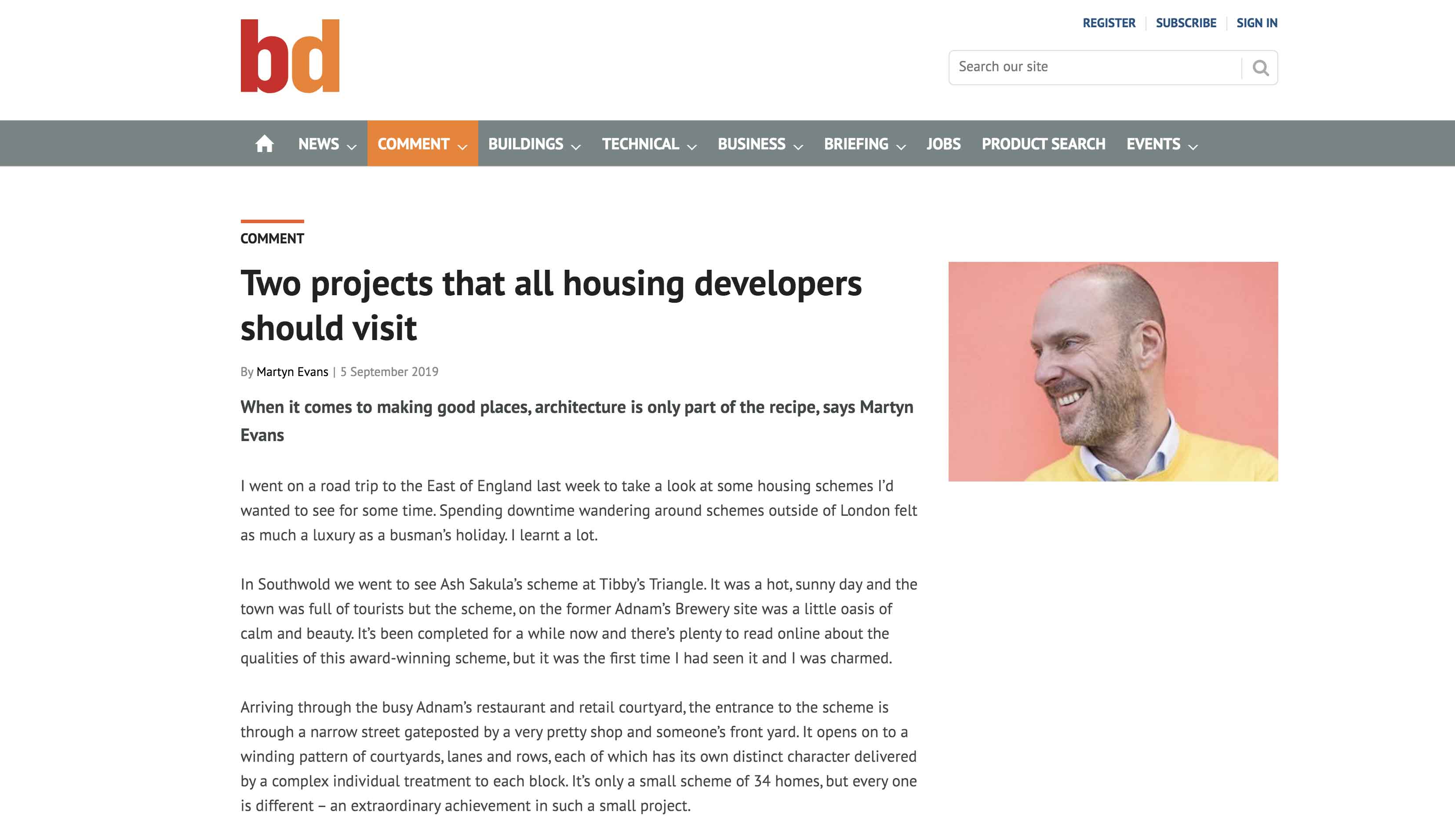 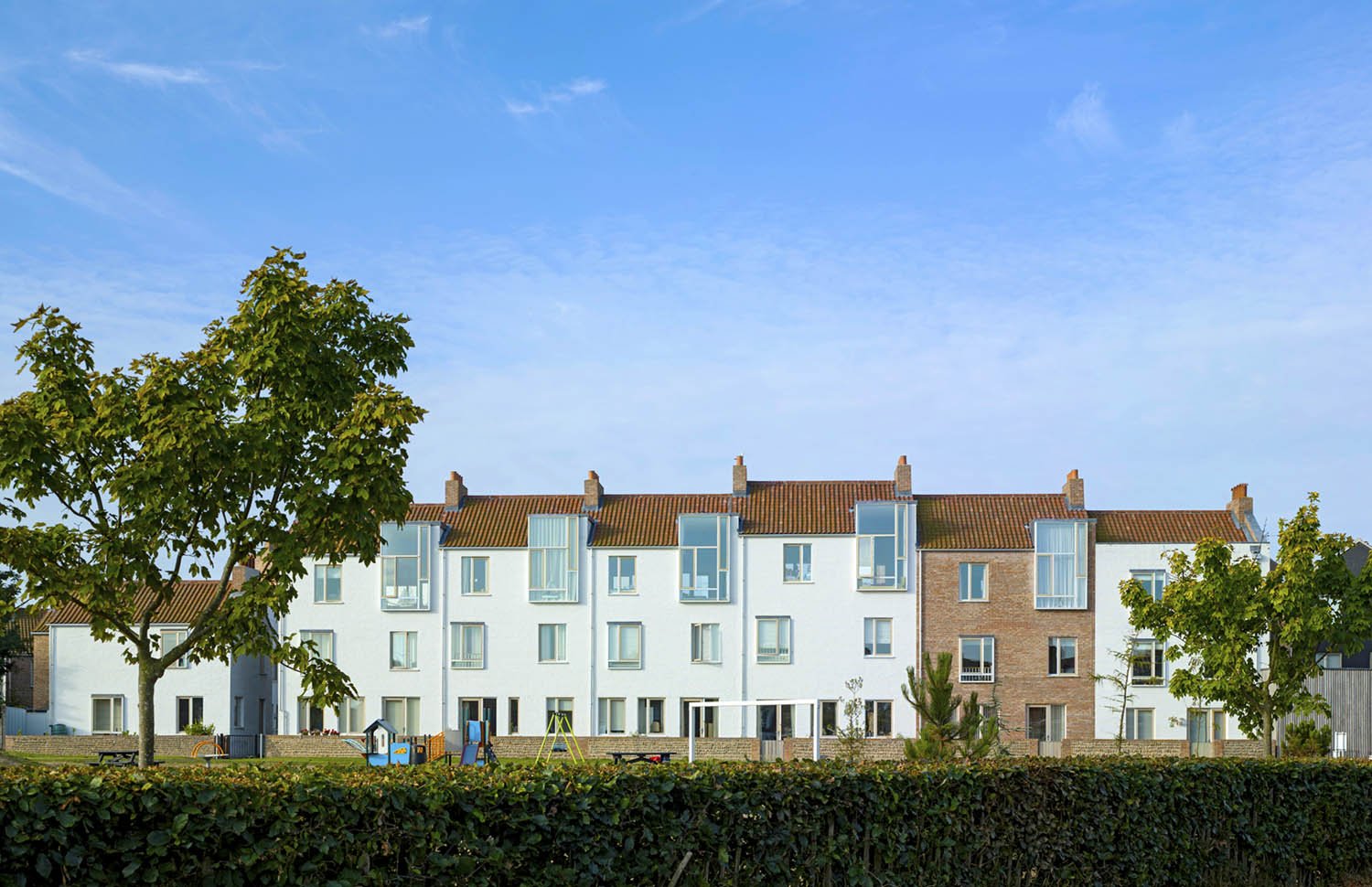 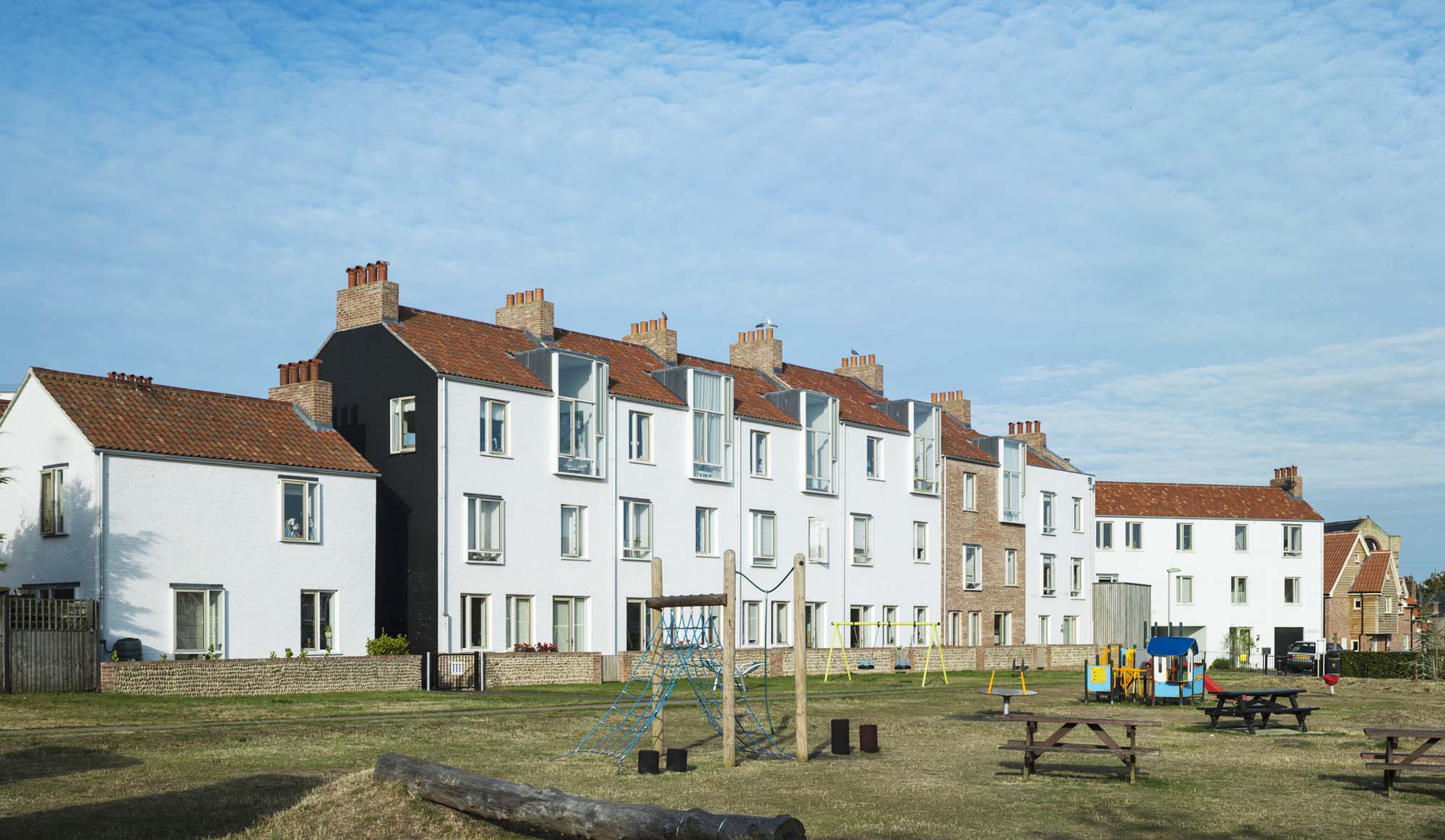 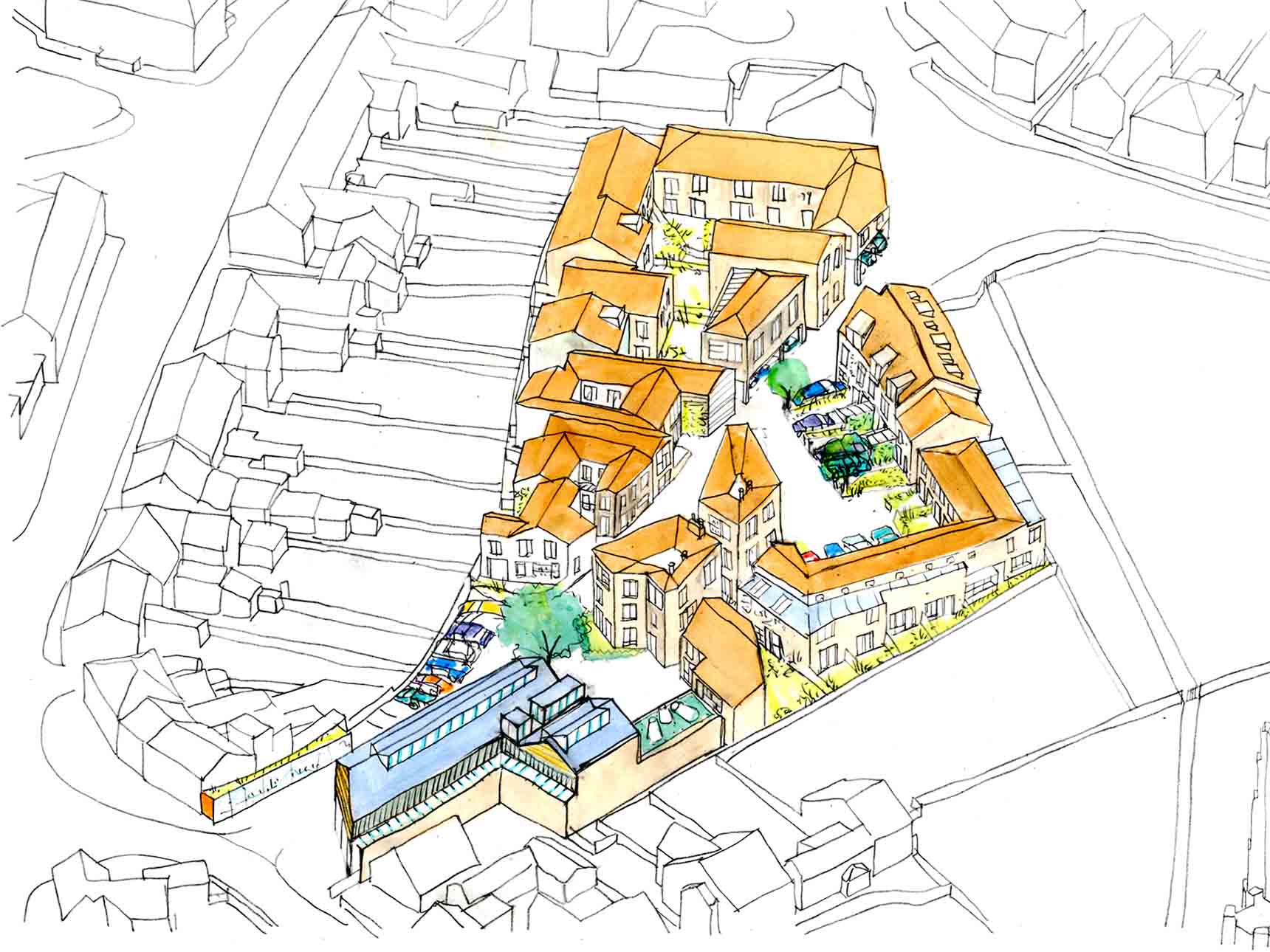 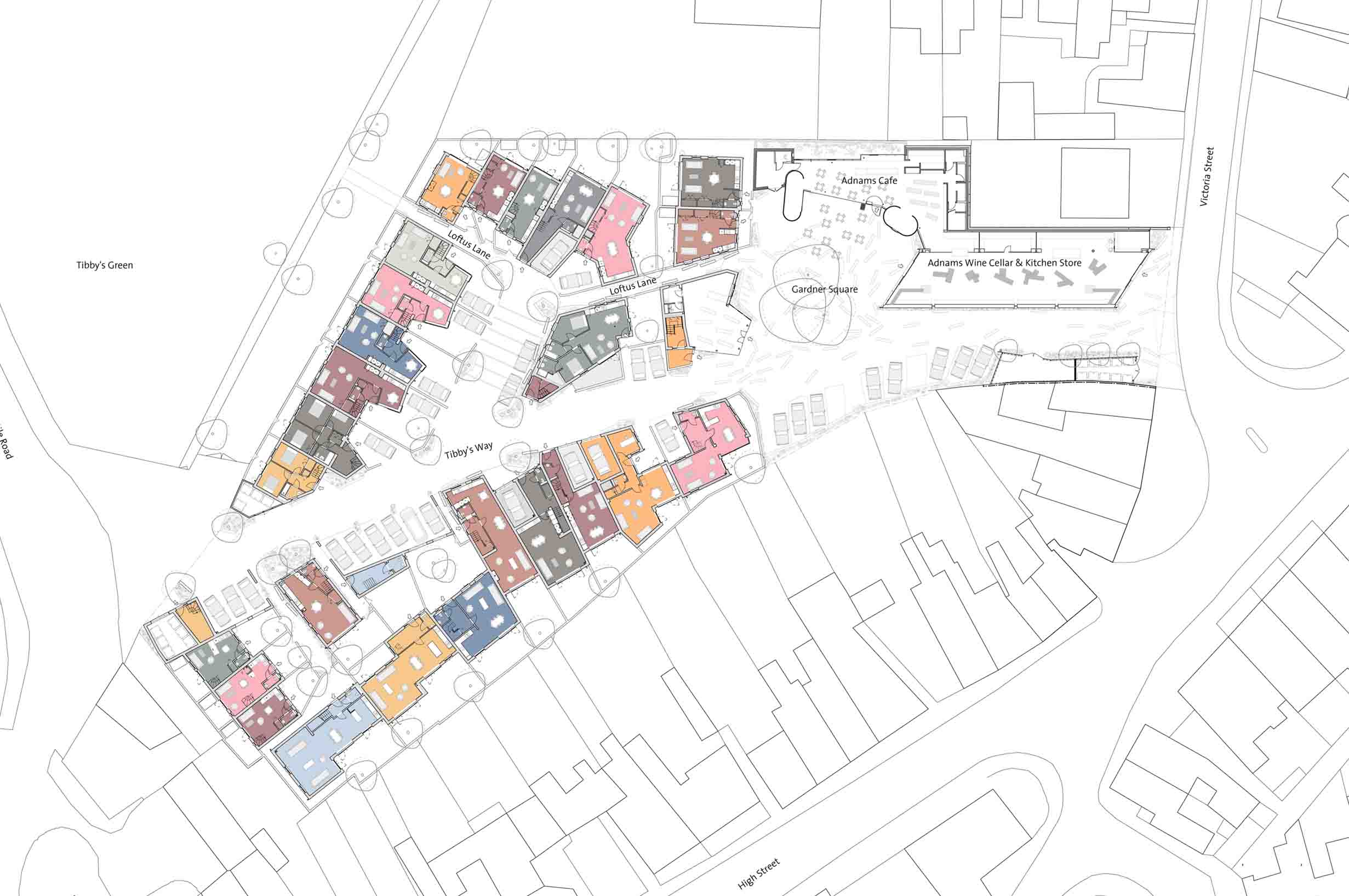