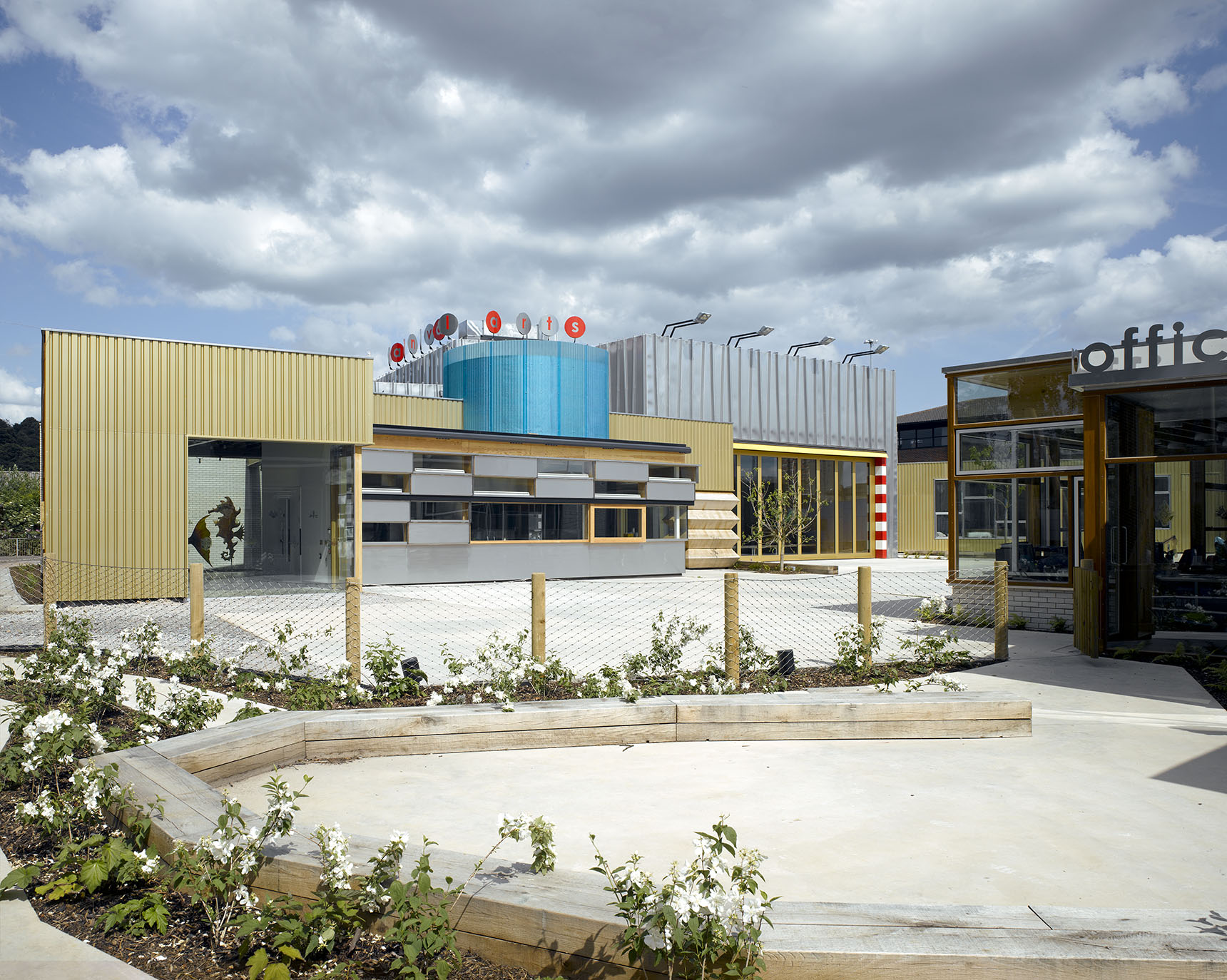 Luton’s lively carnival tradition can been traced back to the fifteenth century, but it developed into its present form in the 1970s, acquiring international status in 1998. It is now the largest one-day carnival in the UK, second only to the Notting Hill Carnival.

Carnival artists work at the edge of possibility, designing large moving structures that are highly complex yet light enough to wear and walk in for hours. Our building celebrates this improvisational and experimental ethic by attempting, like Carnival itself, to be "strange, shambolic and magnificent."

This is an exuberant, colourful, inventive building dedicated to the performance and celebration of carnival arts. 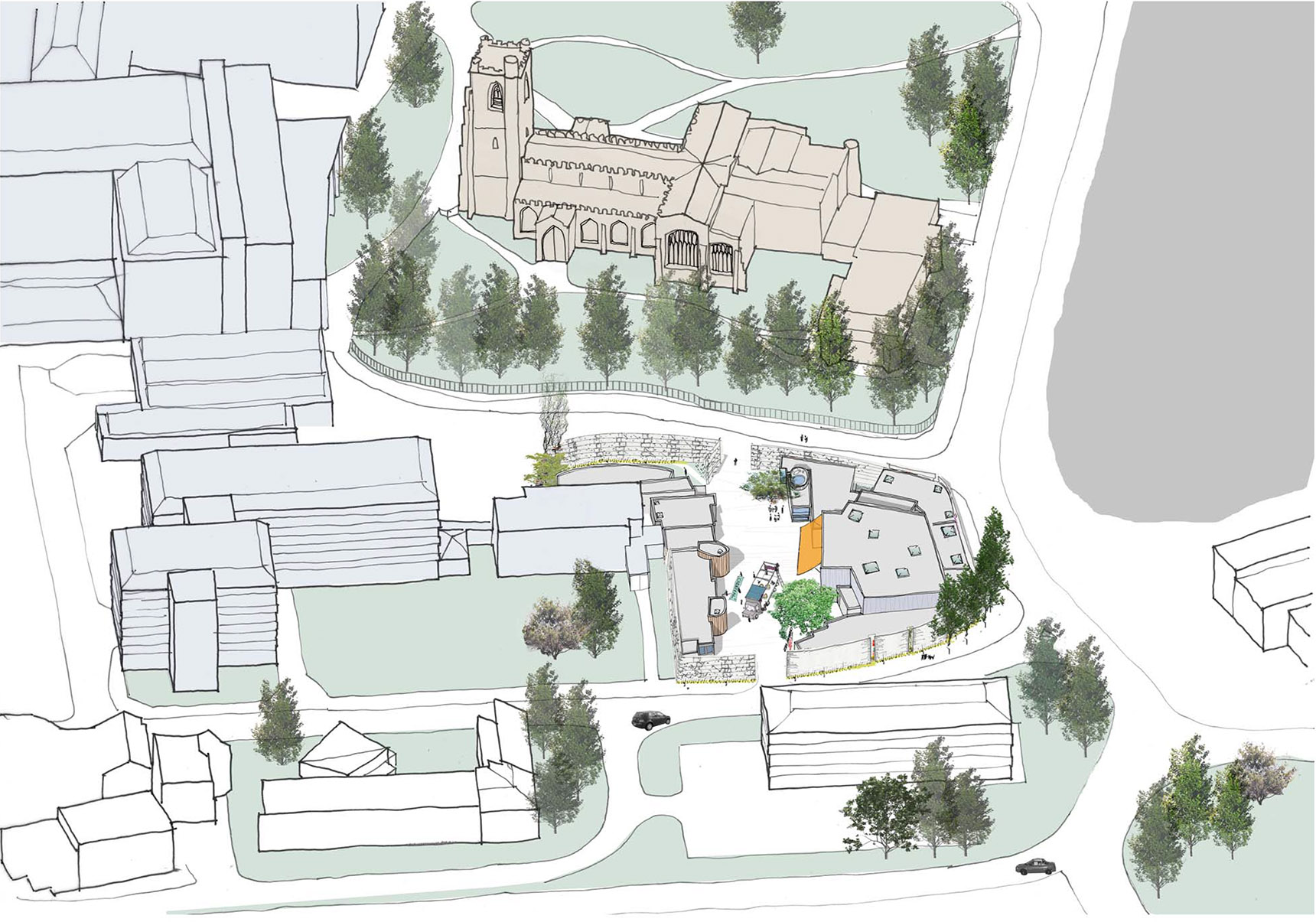 In a design strategy that makes full use of the site, the centre consists of two single-storey buildings arranged around a large working yard.

The building enables multiple functions and includes making, performance and recording facilities, as well as a creche and café.

The form of the building evolved during a series of intense co-design iterations, in which a key move was to organise the site around a outdoor space that could open into a pedestrian and vehicle route right through the site, enabling the carnival to process through it 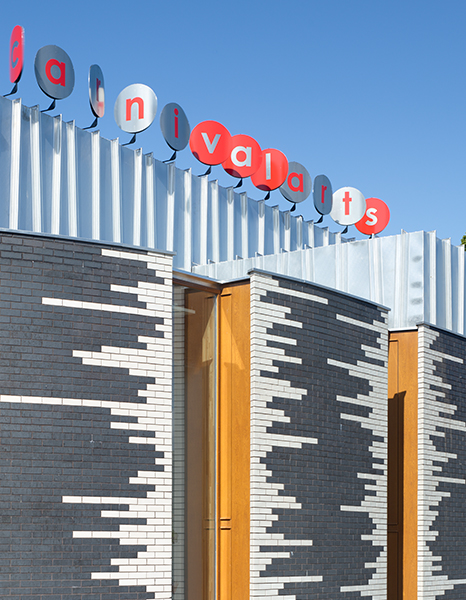 Like architects, carnival artists have a deep interest in making and materials. Asked for a building to reflect ‘the spirit of carnival’, Ash Sakula wanted this static building to capture and express carnival’s kinetic energy, but knew that there needed to be logic behind its playfulness.

We originally planned to enclose the building in a beautiful “textile” wall, drawing on the idea of an elaborately folded cloth in the tradition of West African kente, in which pieces of fabric are stitched together to create giant, almost building-sized cloths.

However, the open-ended nature of this improvisational art-work, forever becoming, never completed, was anathema to Luton's planning committee. The building's wrap become two-colour brickwork, where the white edgings to openings derive from the acoustic wave of samba rhythms.

The building is topped by signs that revolve freely in the wind. 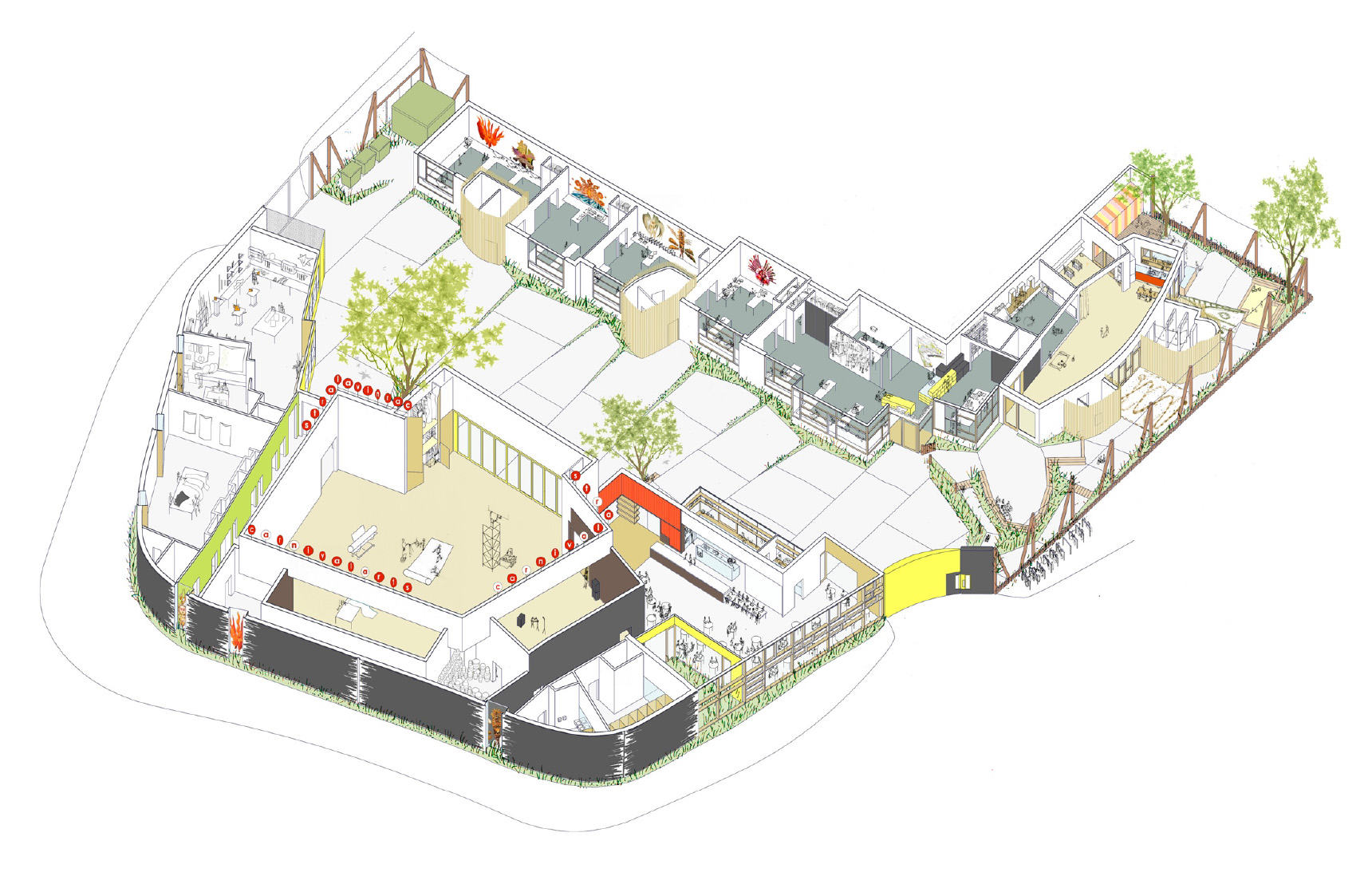 The Centre celebrates all the carnival arts. At its centre is a mas camp where carnival costumes are prepared, and music and dance routines rehearsed. At carnival time the mas camp houses multi-stage performances for which its TV studio-like arrangement is well suited. Two areas of the performance space can be partitioned off to create a small speakeasy stage and a sewing room.

Classrooms double as dressing rooms and there isa fully equipped workshop. Other facilities include a café/bar/restaurant, a creche and a carnival archive centre.

With the budget constrained, the sunny courtyard was made to function as the Centre’s means of circulation, a strategy that eliminates expensive and boring corridor-space and creates incidental opportunities for building occupants to encounter each other. The absence of upper floors simplifies the management of the centre and makes this a highly accessible environment. 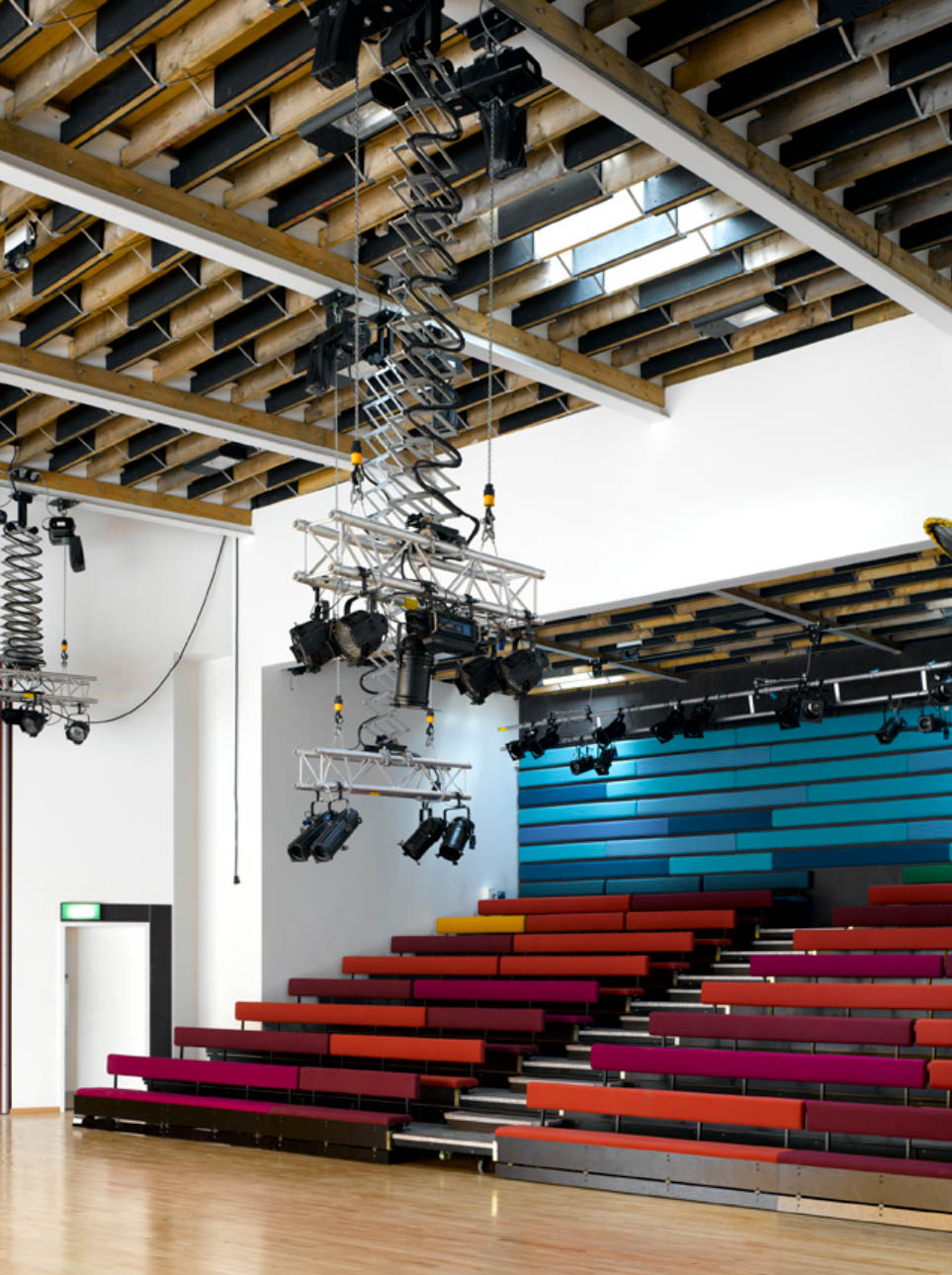 The TV studio-like mas camp is at the heart of the carnival centre. 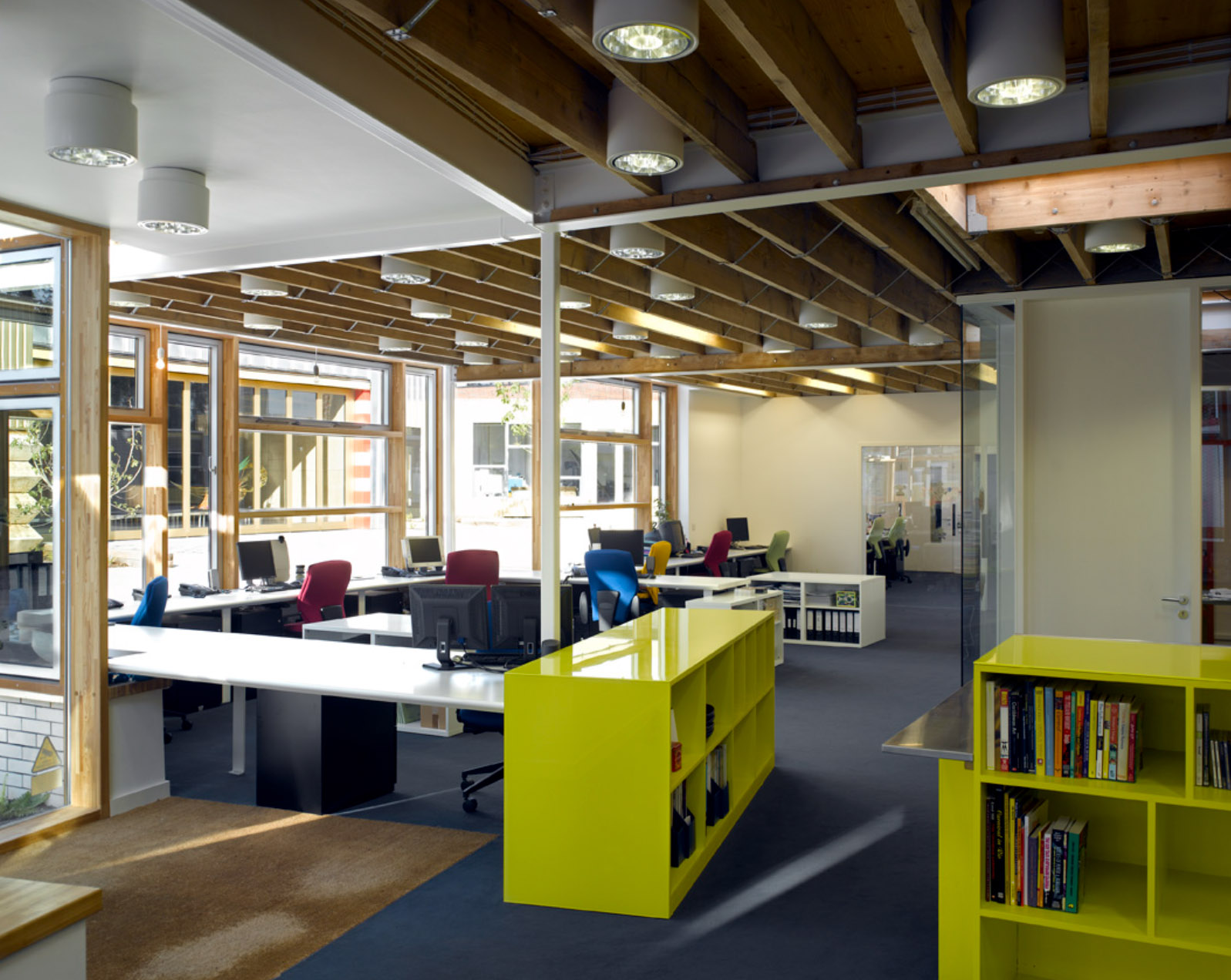 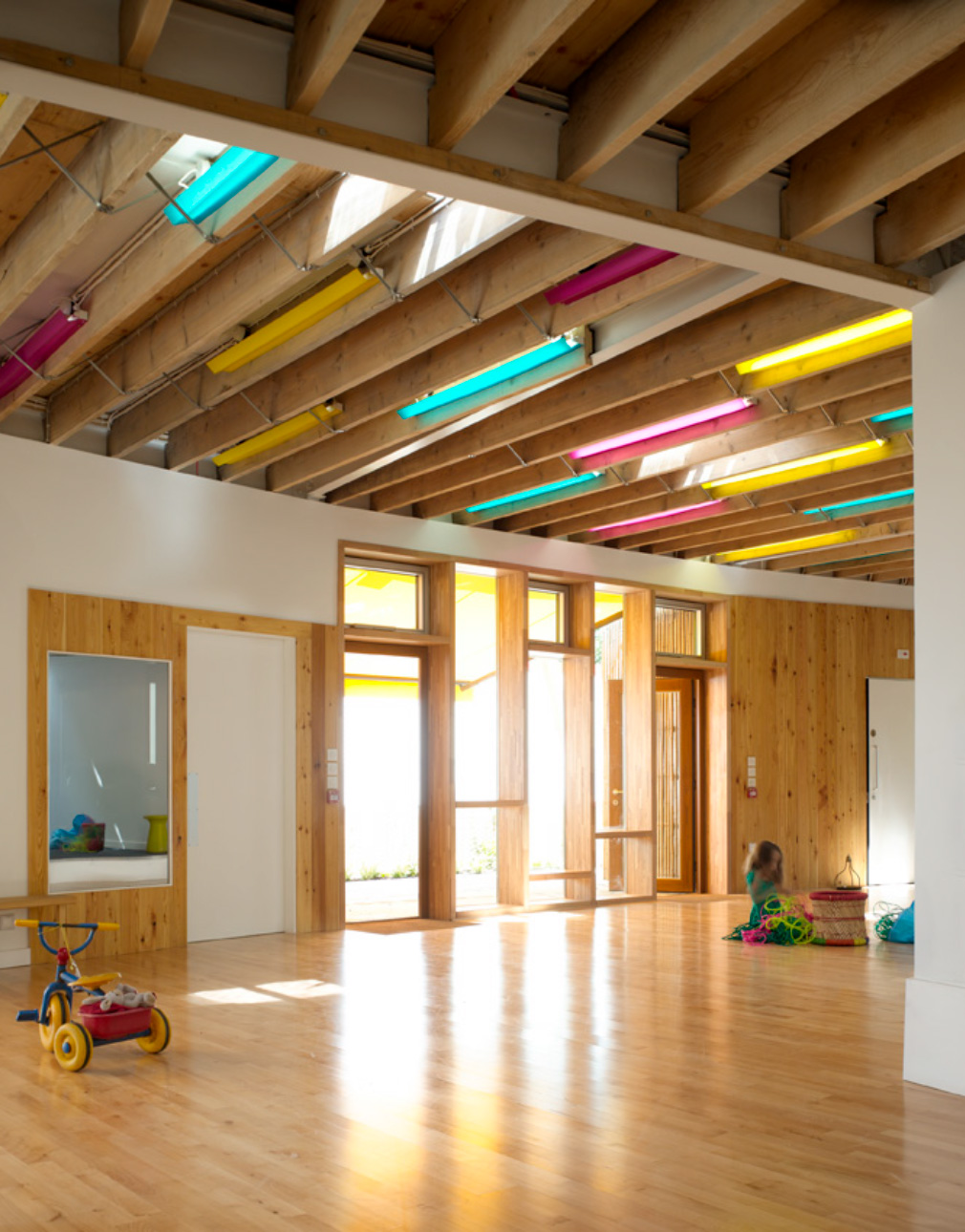 The creche, with coloured gel diffusers around standard light fittings. 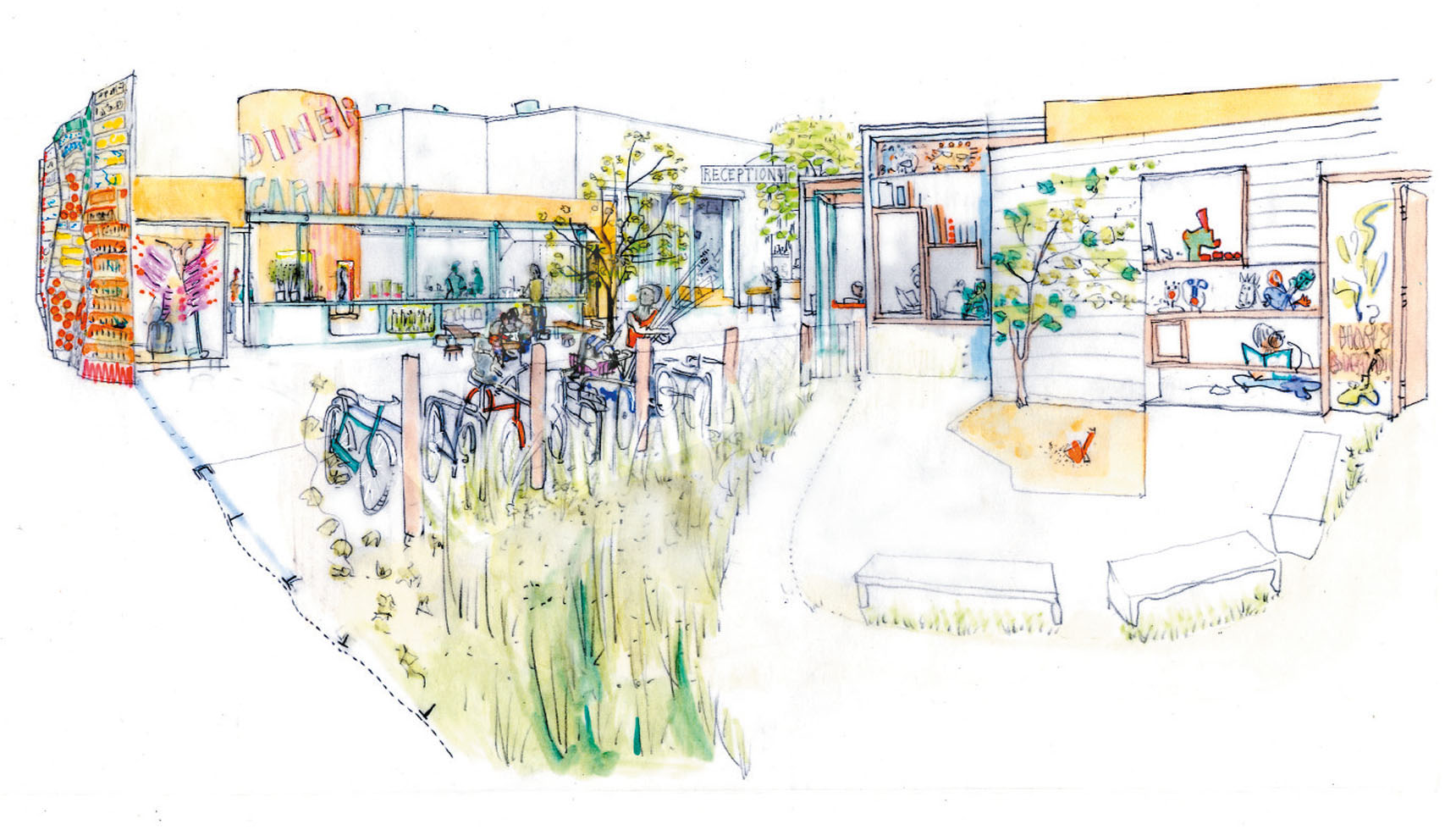 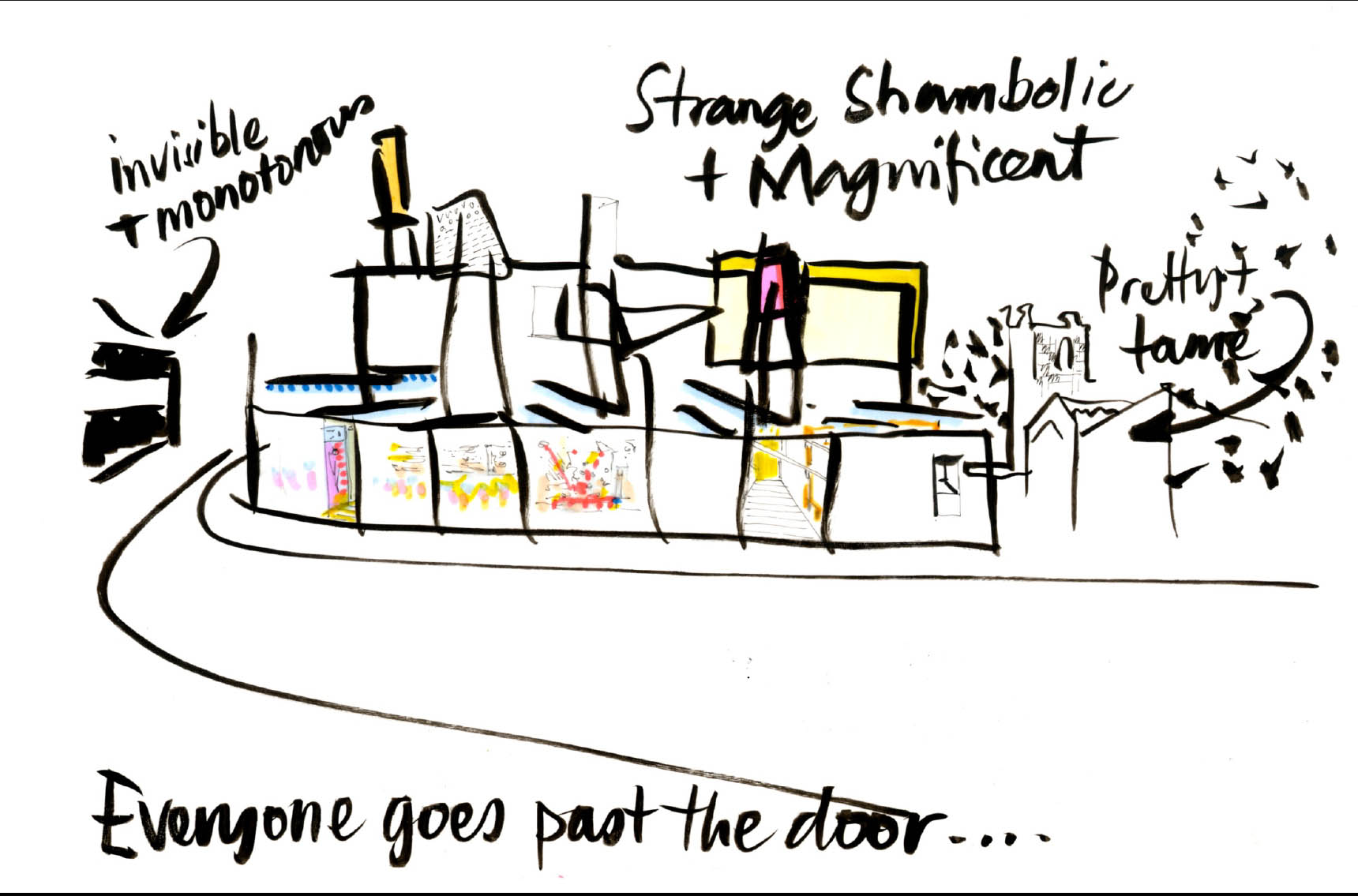 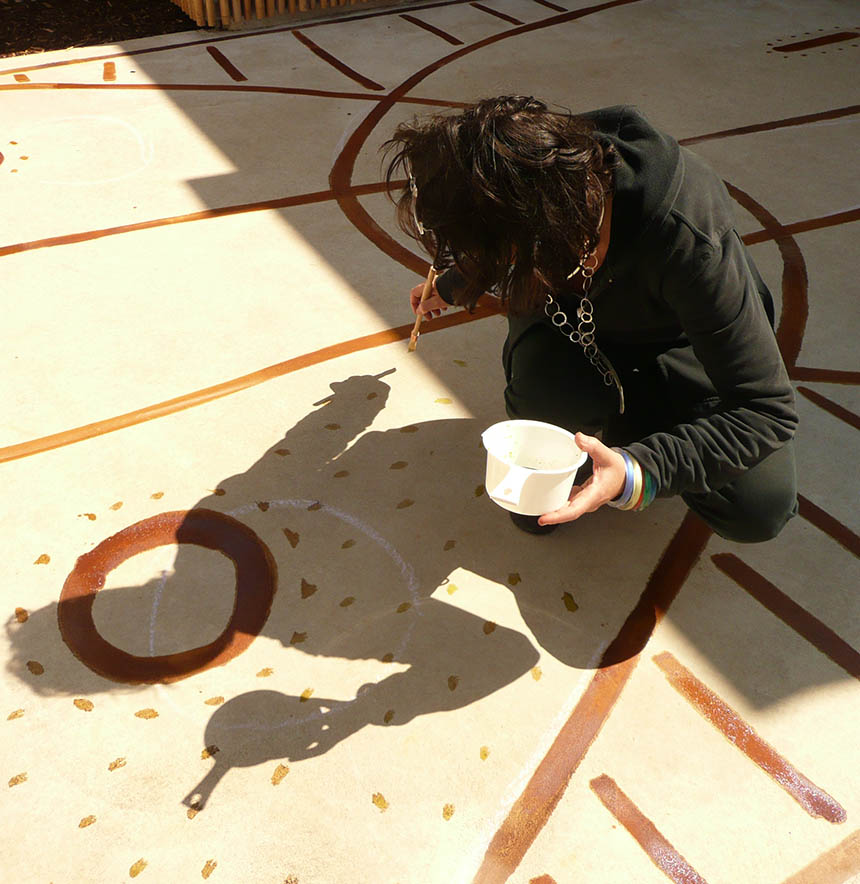 Hand painting the powerfloated concrete play area outside the creche.

The concept of one building in two parts. The route that runs from gate to gate through the middle of the centre is highly appropriate to the street art of carnival.

At the beginning of the co-design process we created these posters to help us and other stakeholders understand the nature of the activities that would take place in this brand new building typology.