We are one of the Club 500 supporters of the London Festival of Architecture. London is fantastic when it comes out on the street and the city literally comes alive. We wanted to hold a workshop to celebrate this coming out.

A few months back three of us attended a free breakfast storytelling session run by Imran Azam. Imran is an amazing force for democratising digital handheld production. He often pops up in London and Manchester to run sessions on new digital storytelling techniques he finds exciting…a soft sell for his company www.thisisreel.co .

We decided to share our new compositing skills last night in an event #SeeTheStreet in and around our studio. So Ash Sakula festival guests explored the narrow back streets and wide-open lanes of Bloomsbury with a flurry of individual storytellers armed with their phones and a green screen. Upon arrival, instructions were given to go out and collect 2 minutes of footage from the surrounding streets and then return with their videos and stories. Next a green screen was thrown behind each individual as a friend filmed them talking about what they had witnessed and observed. Finally, after downloading a powerful free App, each local storyteller swiftly combined their footage and green-screen-talking-heads to create a 45 second urban soliloquy.

“Having a talking head rather than a voice-over tell you about what they are seeing in the city [and why it matters to them] seems like a tweak or even a gimmick in citizen’s journalism. However, we suspect that the change of voice from 'authoritative narrator' to an individual facing the audience is massive. We can now evidence multiple experiences of walking the city through sharing particular and personal cones of vision under a hashtag.”

Typing the new hashtag #SeeTheStreet into twitter reveals the guests’ snapshot of opinions making everyone into urban professionals with strong evidence based opinions. All their specific local knowledge, ideas and urban irks are given new gravitas. Watching the videos, there are stories of delight as people enjoy the ad hoc planting on the streets; the chaotic arrangement and styles of door numbers; the added texture of rubbish bags lining the pavement and the unhappiness of London’s pothole jumping cyclists. One storyteller lyrically observed that the streets should be more like linear gardens with many people enjoying them.

These new methods of storytelling, with the tech we already carry in our pockets, could connect our voices without oversimplifying the complexity of the city. 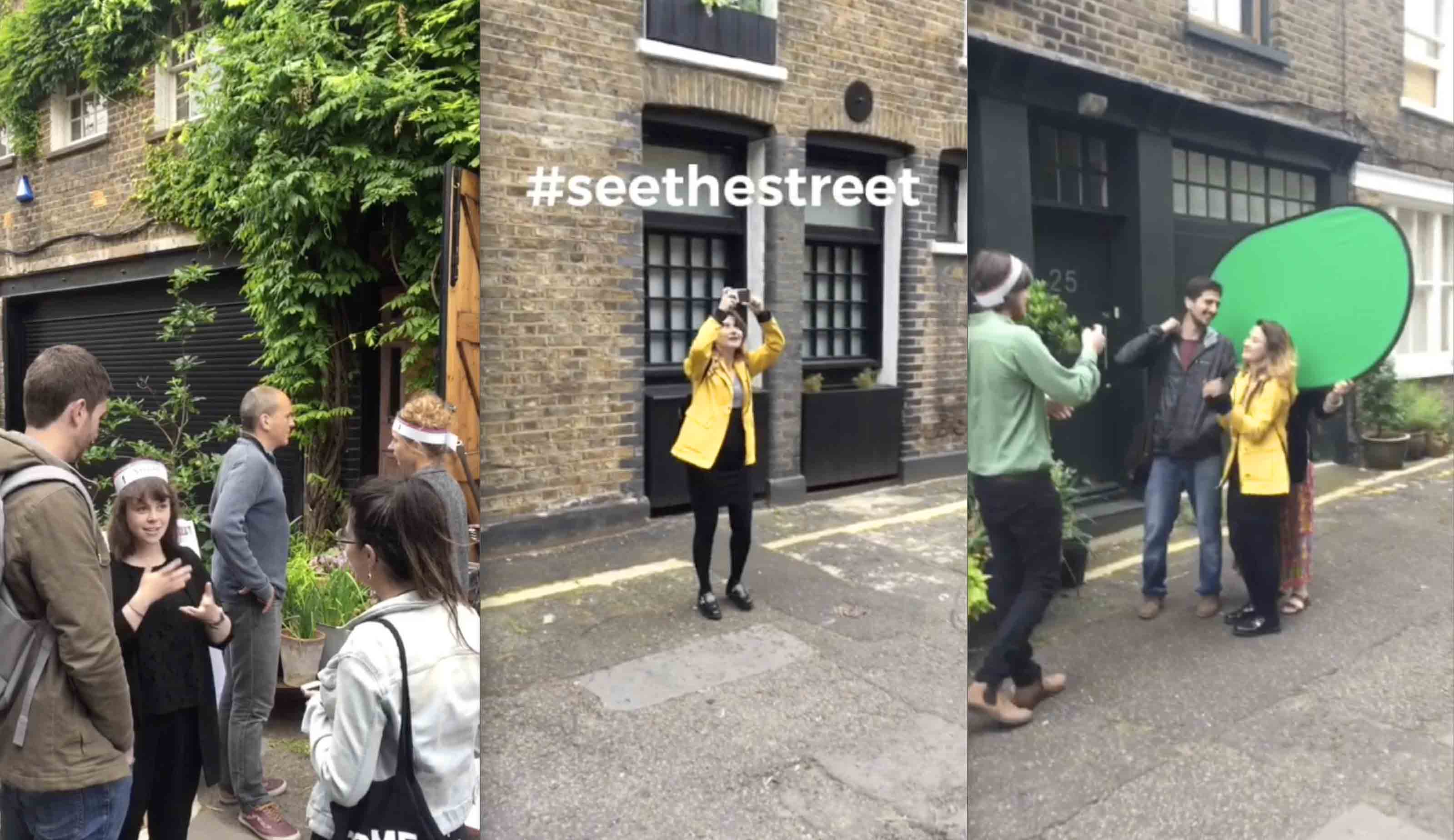