On 15 January, Ash Sakula brought a team of four to a charrette at the Excel Convention Centre in London's East End aimed at re-making connections between Excel and its neighbour, the neighbourhood of Custom House. The coming of Crossrail has exacerbated the divide originally caused by the Docklands light Railway line, sundering the Custom House community from their traditional place of livelihood, the waterside of the Royal Docks. The charrette was set up as a co-design event bringing together urban designers and architects with stakeholders including representatives from Crossrail and from the local community.

The public realm works carried out in connection with Crossrail are functional and austere. Our team aimed to make more meaningful physical and social connectivity across the railways which would be enjoyable and easy to use, and which would promote a coming together of the two neighbourhoods. To do this we proposed a new pedestrian boulevard running from a revitalised dockside, past Excel and across the railway where it ramps gentle down into the heart of Custom House. All along the new route would be reasons for Excel visitors to visit Custom House, and for the Custom House community to pop over to the dockside. These cues ranged from new open spaces, cafés and restaurants on the Custom House side, to piers and leisure activities inhabiting the waterside in place of the loading and unloading of cargoes in earlier years.

We made a short movie illustrating our proposal, and on presentation night it was winner for Meaningful Engagement as well as winning the Public Vote. 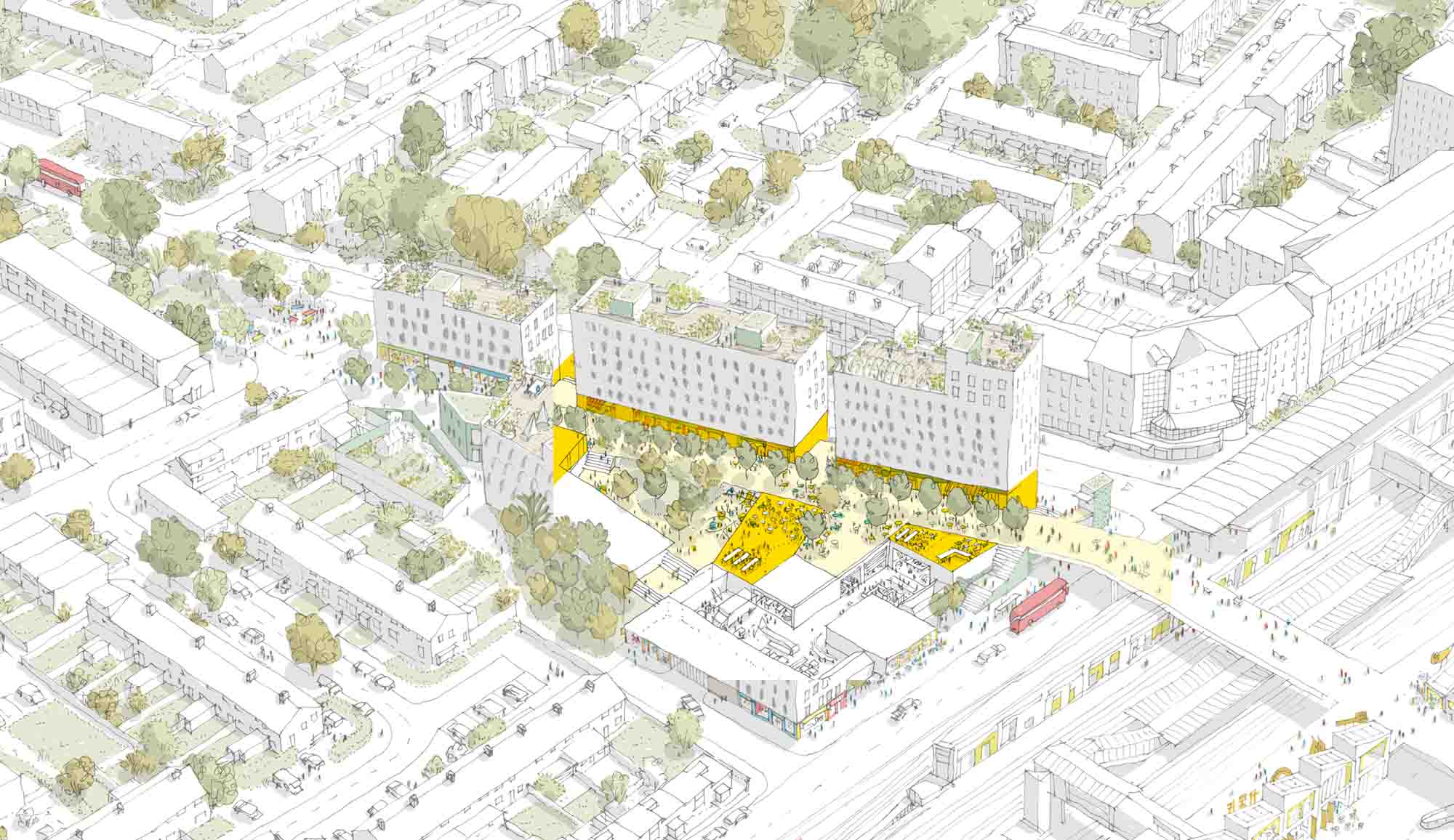