Opinion: Should the Glasgow School of Art be Rebuilt?

In the aftermath of the second terrible fire at Charles Rennie Mackintosh’s Glasgow School of Art there is increasing gloom as to how little has been spared, and I find myself conflicted as to whether it should be rebuilt.

On the one hand, my visits to the Mac have been among the most moving and memorable of my architectural life. I recall not just the vivid spatiality of the promenades one could make through the building, but also the visceral tactility with which Mackintosh imbued his stone, plaster and timber surfaces and, most of all, his ironwork. How sad if no one can ever experience these things again.

As it happens, the building may be one of the most completely documented in the world, and it is clear that, given the will, an exact replica could be created. Probably this is what should happen. And yet I am reminded of how the literary critic George Steiner described the rebuilding of the old cities of Europe after the second world war:

'Photographically there is no way of telling; the patina on the gables is even richer than before. But there is something unmistakably amiss. Go to Dresden or Warsaw, stand in one of the exquisitely recomposed squares in Verona, and you will feel it. The perfection of renewal has a lacquered depth. As if the light at the cornices had not been restored, as if the air were inappropriate and carried still an edge of fire. There is nothing mystical to this impression; it is almost painfully literal. It may be that the coherence of an ancient thing is harmonic with time, that the perspective of a street, of a roof line, that have lived their natural being can be replicated but not re-created (even where it is, ideally, indistinguishable from the original, reproduction is not the vital form). Handsome as it is, the Old City of Warsaw is a stage set; walking through it, the living create no active resonance.'[1]

Elsewhere, Steiner talks of ‘the aura which authentic time, time as lived process, gives to the play of light on stone, on courtyards, on roof-tops.’[2] His use here of the word ‘aura’ probably derives from Walter Benjamin, who stresses the aura possessed by an original art work in The Work of Art in the Age of Mechanical Reproduction. Benjamin is clear that this aura ‘withers’[3] as a result of reproduction.

Is this the fate of the Mac? Might we find, after years of painstaking reconstruction, a sterility in the result? And in which case, would the effort be worth it? I’m not sure. Ultimately, the case may be decided on grounds other than those of architectural and cultural history. It is arguably Scotland’s greatest work of art: national prestige may require its rebuilding. I think I will hope that something of its glory can be retrieved. Perhaps though, I won’t go to see for myself.

[3] Walter Benjamin, The Work of Art in the Age of Mechanical Reproduction, 1935 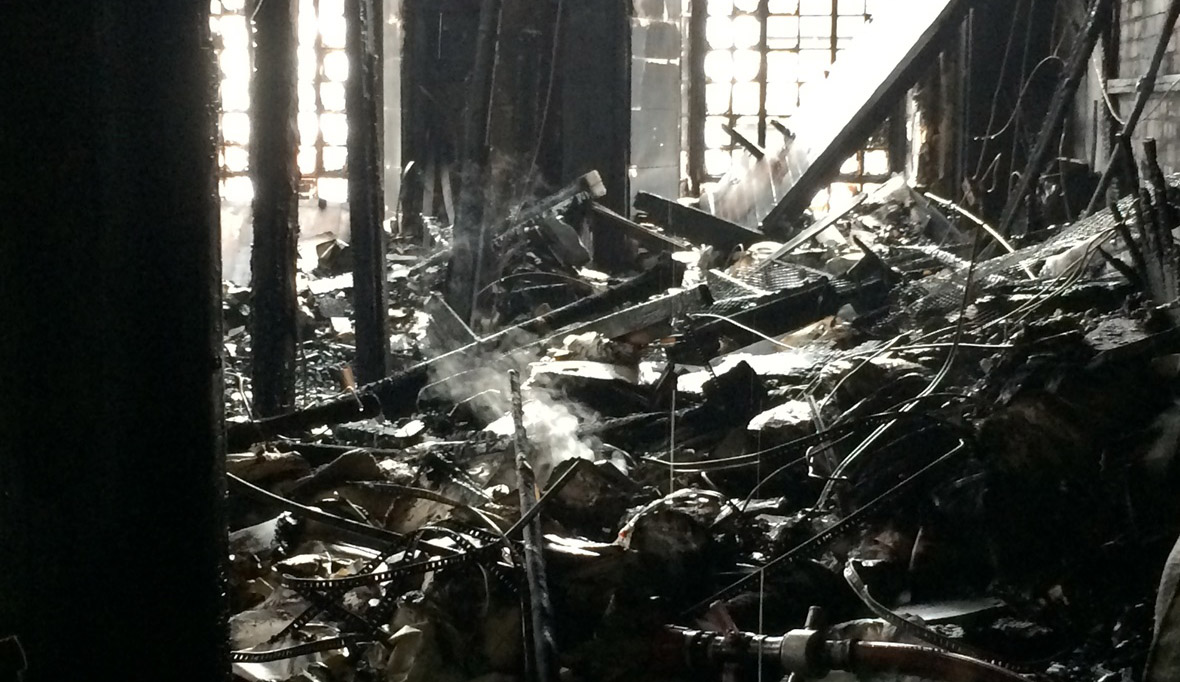