Ash Sakula Architects attended the Future Homes for London event hosted by the Royal College of Art where the aim was to “pull apart and question alternate models of affordable and community-led housing for the UK.”

Across the two days there were panel discussions and presentations from international architects, showing the community-led work they had been involved in, coupled with input from UK movers and shakers in the industry including representatives from StART, Harringey (St Ann’s Redevelopment Trust).

The presented work was wide ranging and highlighted issues with the UK’s approach to housing including the continued prevalence of owner occupation in comparison to co-housing and co-operatives, which is more usual in cities such as Zurich.

Many architects attended the event but more representation from planners, politicians and developers would not have gone amiss as all sectors need to work together to give communities access to transparent, efficient support systems and tools that will empower them to realise their ambitions within their own localities.

The event flashed an inspiring glimpse of the potential of community-led housing to provide an alternative for the basic human right of shelter in the UK. However, it is evident that there’s a still a tumultuous journey ahead which Ash Sakula Architects are poised to be a part of. 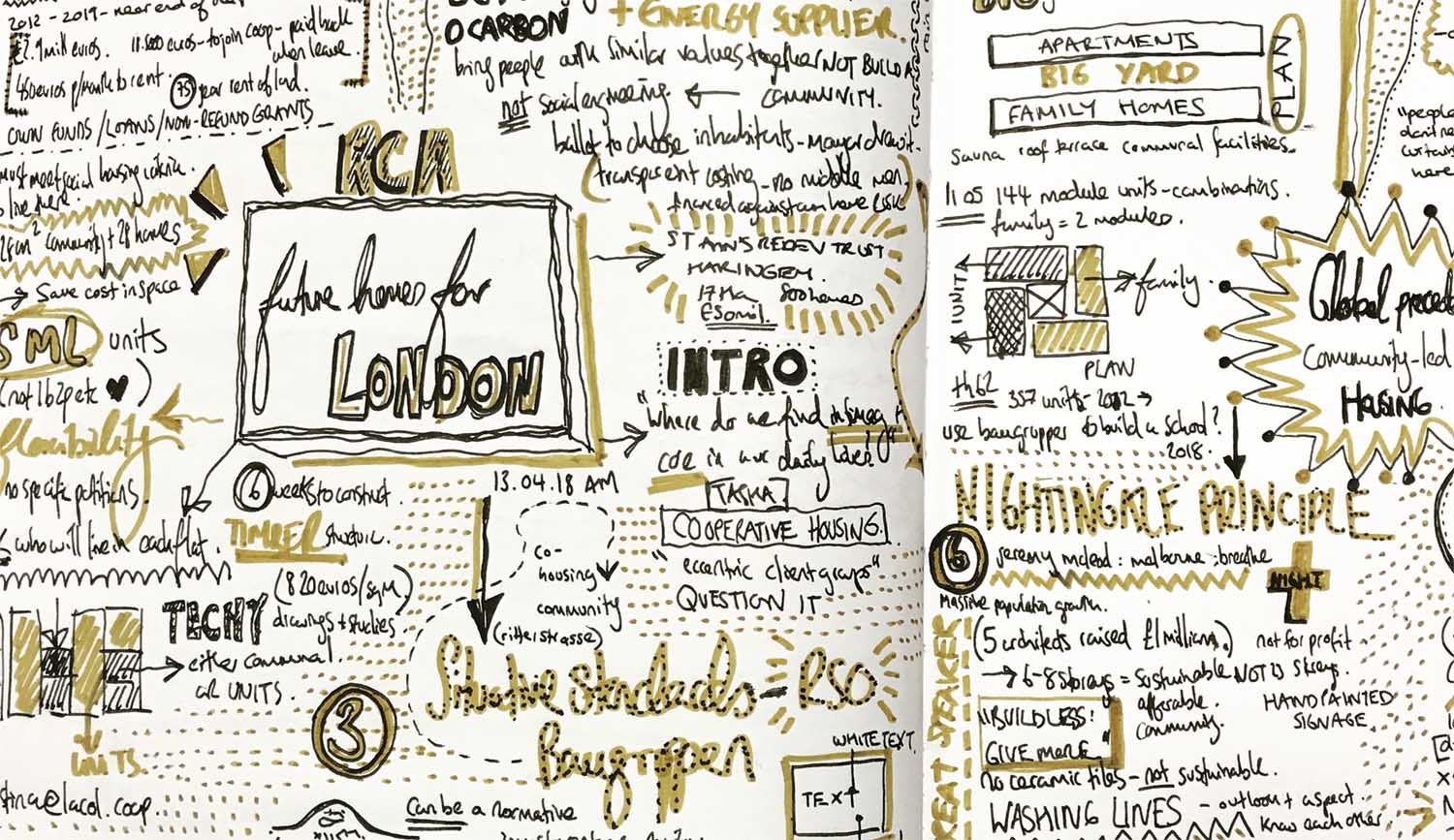