Ash Sakula is preparing options for a site in the Jätkäsaari district of Helsinki. Jätkäsaari is a peninsula of reclaimed land which was the location of the main container harbour of Helsinki until 2008 when the harbour moved to Vuosaari. What is now known as Jätkäsaari was originally a group of three islands: Jätkäsaari, Hietasaari, and Saukko. The sea between the islands and mainland was filled, and the area became an island once more with the construction of the Ruoholahti Canal.

Construction of a new mixed-use city district began in 2009. It is planned as an urban, densely built city district, built around the shoreline and an S-shaped park in the middle. The completed area of having 17,000 residents as well as 6,000 jobs, with schools, kindergartens, sports facilities and public services. It is well connected by tram to the city centre.

The project has a gross floor area of 11,500 sqm and will comprise 128 apartments plus co-living space, community facilities including a sauna, and accessible car parking and cycle storage. Apart from 15 accessible car spaces the scheme will be car free.

The design of the scheme will be developed through a co-creation process with the local community. It will follow circular economy principles, designing out waste, incorporating principles of deconstruction and disassembly, using more renewable energy, and reducing embodied carbon over the whole lifecycle of the building. 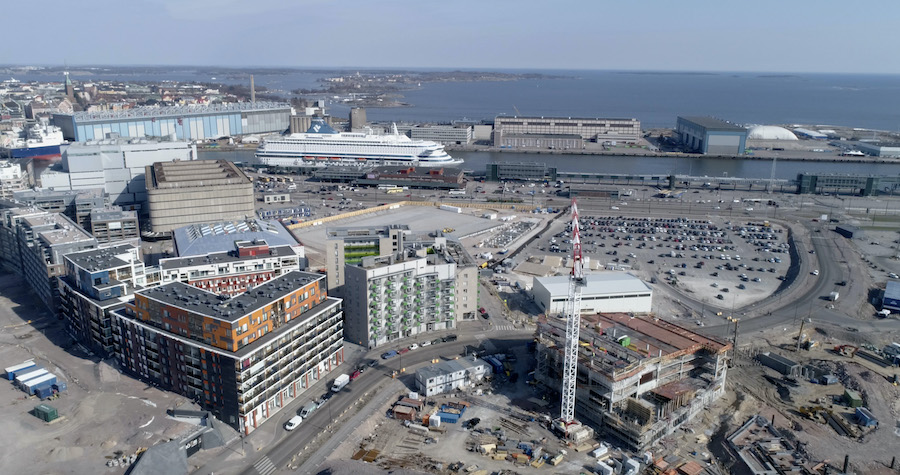